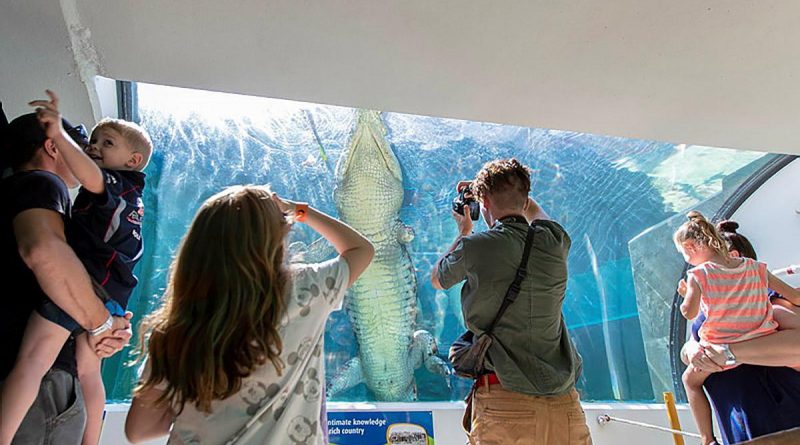 Hundreds of Defence members and their families got to meet a Hollywood movie star up close during a Defence Community Organisation (DCO) family day earlier this month in Darwin.

Better known for his role in Crocodile Dundee, Burt, the 700kg, 5.1-metre saltwater crocodile, put on a show for visitors during feeding time, rising up out of the water to snatch meat from the tip of a pole thrust into his enclosure.

ADF members and families from Darwin and Tindal were invited by DCO to see the world’s largest display of Australian reptiles at Crocosaurus Cove.

Activities included feeding baby crocodiles and getting hands-on with the park’s reptiles.

Families used the opportunity to connect before major exercises get underway in the region.

For Warrant Officer Class 2 Justin Kowan, of the Directorate of Operations and Training Area Management – Northern Territory, it was a chance to spend time with his wife and three children before he returned to Bradshaw Field Training Area.

For Corporal Ryan King, of the 8th/12th Regiment, Royal Australian Artillery, it was a chance to sample the sights before heading to the Mount Bundy Training Area for Exercise Southern Jackaroo.

“We came because we thought it would be a good idea to see what the locals have to offer,” Corporal King said.

“The little one was a bit timid at first but we’re loving it.”

Northern Territory DCO, Area Manager Dianne Elson, said a mix of families and single members came out for the event.

“I’m really happy we’ve had so many Defence members and their families come and attend the event,” she said.

“As well as single members we have a number of kids here in their school uniforms; it gives parents a way to connect to each other.”

For more information about programs and services for ADF members and their families and upcoming events visit www.defence.gov.au/dco

On July 1, DCO will change its name to Defence Member and Family Support. 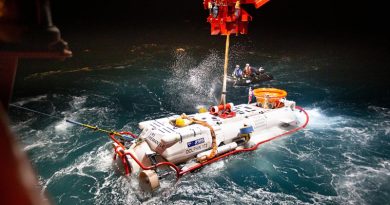 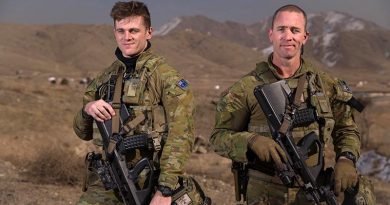