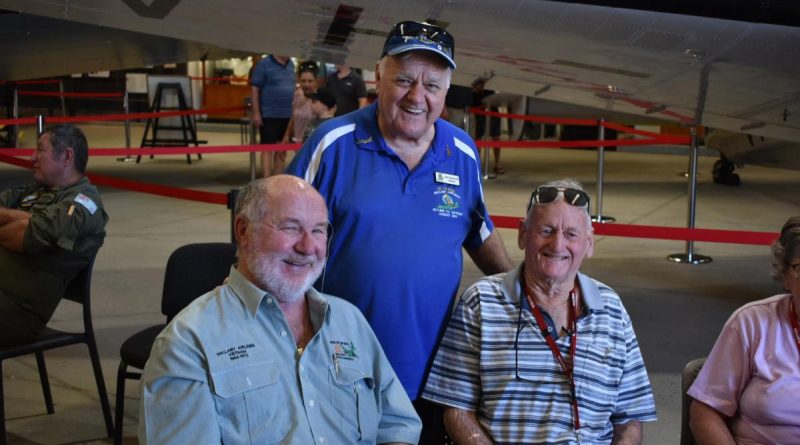 The special event, hosted by History and Heritage – Air Force (HH–AF), allowed veterans to mingle with friends new and old amid the aircraft in the AMB AHC, which opened especially for the two day retreat.

“It was a privilege to host these Vietnam veterans and their families at the retreat, and to hear their stories over coffee and cake,” he said.

“We honour them for their service to Australia.”

Many veterans expressed their thanks to the HH–AF team for putting on the event, with one saying they were proud that what they did in the war all those years ago hasn’t been forgotten.

Another said it was great to be surrounded once again by the aircraft they flew.

Personnel and volunteers from the AMB AHC – many of whom are also veterans – were pleased to exchange stories with the veterans about the different aircraft and artefacts on display.

Officer in charge of AMB AHC, Wing Commander Kevin Kovic, said the centre was proud to open its doors to the veterans for the special event.

“It was wonderful to see our guests’ enthusiasm for the artefacts and aircraft we have on display here, especially those from the Vietnam War,” he said.

HH–AF presented each veteran who attended the retreat with books to take home as souvenirs, including the double-book set Aircraft of the Royal Australian Air Force and Units of the Royal Australian Air Force, along with Vietnam War-themed titles such as Air Vice Marshal Alan Reed’s Invited to a War and Bob Grandin’s Answering the Call: Life of a Helicopter Pilot in Vietnam and Beyond.