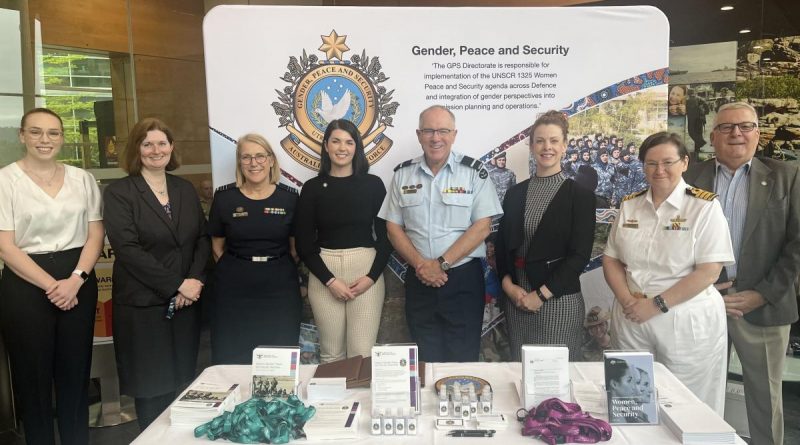 How to prevent what is happening to women and girls in the battlefields of Ukraine was top of mind on the anniversary of United Nations (UN) Security Council resolution 1325.

CAPTION: Air Commodore Grant Pinder with members of the Gender, Peace and Security Directorate and Joint Support Services Division at an information stand in Canberra. Story by Sam Cuninghame. Photo by Emily Egan.

It acknowledged the disproportionate impact of war on women and the importance of women’s full and equal participation in conflict resolution, peacebuilding, peacekeeping, humanitarian response and in post-conflict reconstruction.

The resolution also called on member states to implement special measures to protect women and girls from conflict-related sexual violence.

Director of the Gender, Peace and Security (GPS) Directorate, Captain Jennifer Macklin from Navy, said the reports from Ukraine, Afghanistan and other modern-day conflict zones of continued gender-based violence, reinforced the importance of ongoing work and vigilance.

“While the anniversary of UN resolution 1325 allows time for us to reflect on how far the world has come, it also steels our resolve to continue educating, implementing and engaging on these vital issues,” Captain Macklin said.

To mark the anniversary of resolution 1325, the GPS Directorate hosted an information stand in Canberra to further educate and embed gender perspectives across Defence.

Captain Macklin said a key outcome was cementing a gender perspective, which has been commonly misunderstood.

“While men, women, boys and girls may share similar experiences in war, they are exposed to different risks and threats, and demonstrate different vulnerabilities and needs,” Captain Macklin said.

“It is critical to understand the human terrain in an area of operations; what the gender relations are, where gender inequality exists and how it will manifest through social and cultural norms.

“Our response must demonstrate a sound understanding of these differences to be operationally effective – that is, we must have a gender perspective.

“By asking simple questions – like, ‘What are the gender considerations here?’, ‘How does this decision or plan impact men, women, boys and girls differently?’ – you can have a significant impact on policy, planning and engagement outcomes.”

The GPS Directorate is responsible for implementing UN resolution 1325 principles across the Defence portfolio and ensuring the integration of gender perspectives into mission planning, exercises, operations and international engagement through the Defence GPS mandate.

“The mandate is Defence’s contribution to the Australian National Action Plan on Women Peace and Security (2021-2031),” Captain Macklin said.

Captain Macklin also highlighted the role of military gender advisers in the work of overseas missions.

“Military gender advisers have deployed on NATO, UN and multi-national coalition operations, as well as part of humanitarian and disaster response missions,” she said.

“A key aspect of their work is to assess and mitigate gender-based security threats for the civilian population.” 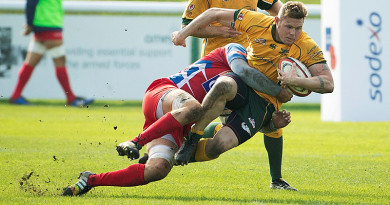 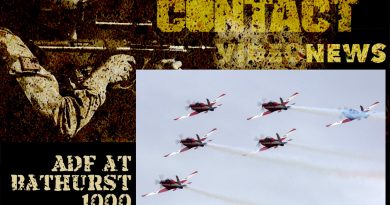