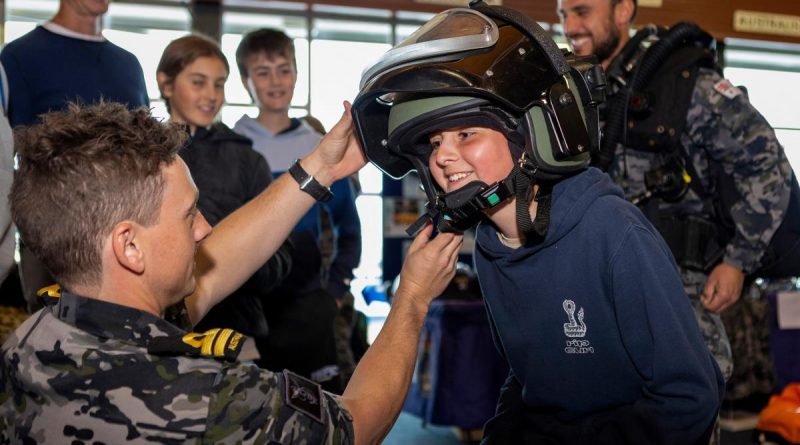 A window to life on board a busy Navy base was opened in Fremantle when HMAS Stirling and Fleet Base West lodger units took part in Fremantle Ports Maritime Day.

Following a couple of years’ pandemic-related hiatus, this year’s Maritime Day was back in style.

Stirling Commanding Officer Captain Gary Lawton said, given the logistics of getting visitors onto Garden Island, where Stirling is located, Maritime Day was a rare chance to display some of its work with the public.

“HMAS Stirling and Fleet Base West is an extremely busy base with limited public accessibility so the majority of the West Australian public are unaware of all the daily activities that take place there,” Captain Lawton said.

“On the other hand, Fremantle Port is one of the most publicly accessible working ports in the country, so it’s easy for the people of Western Australia to jump on the train and walk across to the passenger terminal, where the event was taking place.

“Through a range of static and interactive displays, members of the public could get a real feel of the role that Navy plays in the community.

“We had plenty of displays and activities to give the public a taste of Navy life, including teams from our galley, the School of Survivability and Ship Safety, and our Naval Police coxswains.”

Having HMAS Toowoomba alongside and open to the public for the occasion was a bonus.

Toowoomba Commanding Officer Commander Darin MacDonald said it was a privilege to be invited alongside by Fremantle Ports.

“Toowoomba is in the middle of a busy work-up period but we were delighted to participate,” Commander MacDonald said.

“Fremantle is a wonderful port to visit and the welcome we were given by the people of Western Australia was fantastic.”

The Navy has a long association with Fremantle, with more than 160 allied submarines based there during WW2.

It is also a regular port of call for modern-day warships from around the world. 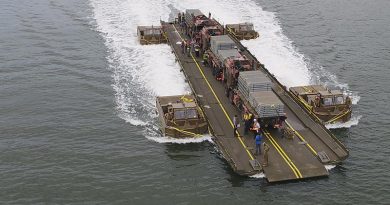