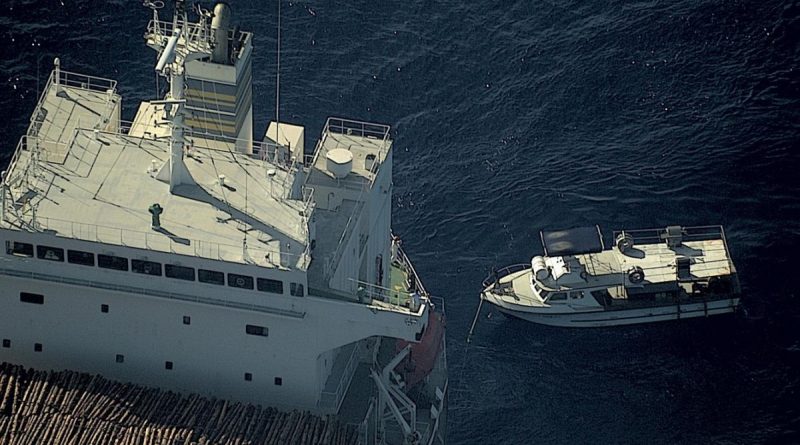 “Thank you very much for your assistance. I will now be able to spend Independence [Day] with my family and friends.”

These were the words from the captain of distressed vessel, Ogoi Ratz, to a RAAF P-8A Poseidon maritime patrol aircraft crew after they were located.

The captain was referring to Papua New Guinea’s Independence Day.

The Australian Maritime Safety Authority (AMSA) received a request for assistance from Port Moresby’s Maritime Rescue Coordination Centre on the evening of September 10, with AMSA requesting ADF search-and-rescue support to enhance their response efforts on September 12.

A P-8A Poseidon maritime patrol aircraft from No. 11 Squadron, based at RAAF Edinburgh, was deployed to Cairns to assist in the search and rescue.

“Half way through the radar search we picked up a small radar contact that was the vessel we were looking for.

“Once in radio contact with Ogoi Ratz, we were able to confirm all four crew members were well.”

While chatting with the crew of the missing vessel, Maritime Captain Flight Lieutenant Thomas Flatley said his team got in radio contact with merchant vessel Uni Sunshine, which was in the vicinity.

P-8A aircraft are at the forefront of military aviation technology and make a significant contribution to Air Force capability as part of the ADF Joint Force.