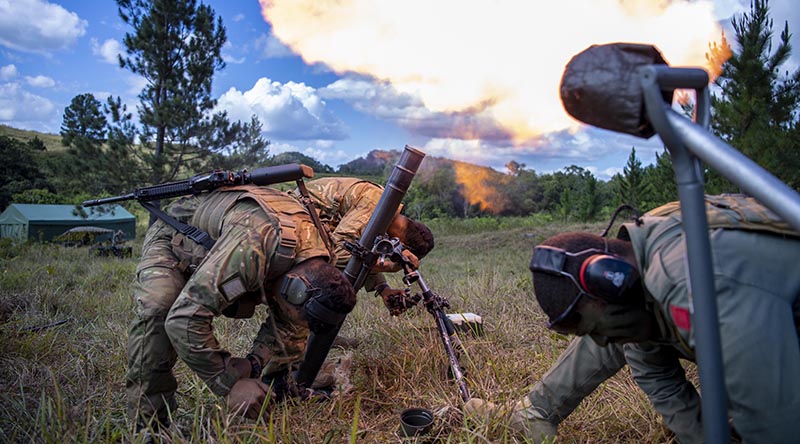 For the first time in more than 27 years, the New Zealand Army has undertaken 81mm mortar demonstrations as part of Exercise Cartwheel in Fiji.

The tactical field training exercise was an US and Fiji-led multinational exercise conducted in the Nausori Highlands in Fiji and involved defence personnel from the Republic of Fiji Military Forces (RFMF), United States Army Pacific, British Army and Australian Defence Force.

A total of 55 combat soldiers from 1st (NZ) Brigade in Linton and Burnham participated in the exercise, designed to enhance capability in both urban and jungle environments.

“We have long standing and close relationships with military partners in the Pacific and we really value opportunities like this one to train alongside them,” he said.

“This exercise also provides opportunities for our people to immerse themselves in Fijian culture, build strong professional and personal relationships with our Pacific military whanau, as well as train in an environment that is different to New Zealand.

“We are taking every opportunity to learn from one another.

“In doing so, these skills and relationships, coupled with professionalism, set the conditions for a bright future for our region.”

The NZ Army is currently going through a regeneration process following its significant contribution to protecting New Zealand from Covid-19.

“Army regeneration is about rejuvenating those critical components of our Army that we bring together to deliver land combat capabilities.

“This exercise is a fantastic opportunity to do that, where we are training our infantry and artillery cooperation and coordination.

“This is a fundamental building block to be combat capable in the land environment.

“We’re not creating the Army that existed before the pandemic, it’s about having a world-class Army that is better trained, well equipped and fully prepared and ready for employment across the spectrum of military operations,” Brigadier McAslan said.

“This exercise provides us with high quality training to ensure we are ready to respond.”

“It’s been awesome to get out and do our jobs, to be soldiers.

“This is why I joined the Army, and being able to work with other countries has just been awesome.”

The exercise also aims to enhance the RFMF Light Infantry and Combat Support capability at the individual and section level. 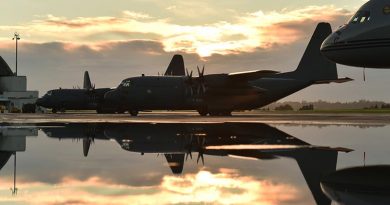