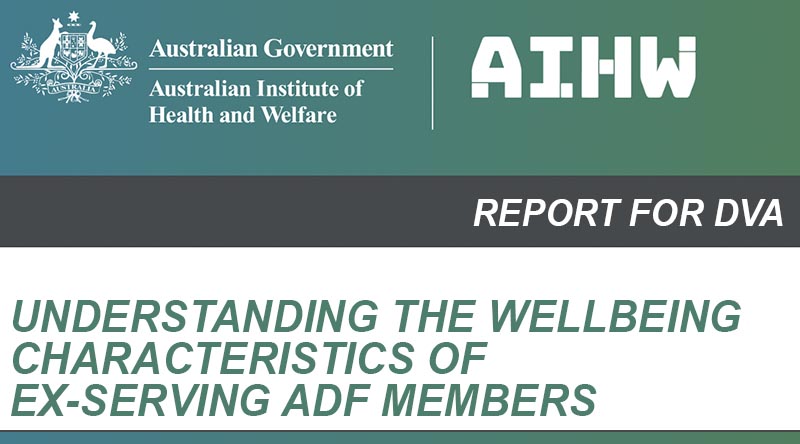 A new report released today seems to shine only positive light on the experience of former Australian Defence Force members who served between January 2001 and December 2015 in rejoining civilian life.

EDITOR’S NOTE: I’m bemused by this report in so far as the authors claim “The main source of data for this report was the 2016 Census of Population and Housing data available from the MADIP data asset. The 2016 Census has been used in this analysis to provide baseline information about the wellbeing of ex-serving ADF members” – BUT, the 2021 Census was the first to ever include a question on Defence service.  So, how can they correlate baseline data about ex-ADF personnel if the question of ADF service wasn’t asked? I’m no statistician, but this smacks of “lies, damn lies and statistics” to me – and I can’t help but read the following official release tinged heavily by my lack of ignorance in this field, and the authors’ failure to enlighten me.

The report [commissioned by DVA] finds that after leaving service, most veterans have a smooth transition to new employment and civilian life; but it also reminds us that this is not the case for everyone.

Minister for Veteran’s Affairs Matt Keogh welcomed the release of the Australian Institute of Health and Welfare’s Understanding the Wellbeing Characteristics of ex-Serving ADF Members.

“This is the first report of its kind that provides such detailed analysis of data on employment status, income, educational qualifications, home ownership and family and household makeup of ex-ADF members,” Minister Keogh said.

“This will help us understand how we can best tailor our services and programs to suit the needs of veterans and families.”

The report used data from the 2016 Census and examined experiences from 72,700 veterans who had at least one day of service on or after January 2001 and had transitioned from the ADF as at 31 December 2015.

The report shows nearly 2 in 5 (38 per cent) ex-serving ADF females had a bachelor’s degree or higher, a rate 1.4 times higher than Australian females (26 per cent).

One quarter (25 per cent) of ex-serving ADF males had a bachelor’s degree or higher, which is similar to Australian males (22 per cent).

“Educational qualifications can be indicators of how well ex-serving ADF are able to transition into civilian life,” Minister Keogh said.

“There’s no doubt that returning to civilian life after Defence service is a challenge, and we must ensure the best supports and services are made available to transitioning personnel, including in relation to employment, health and wellbeing, submitting compensation claims and rehabilitation to deliver a smooth landing for veterans and families.”

In relation to veteran families, more veteran families have children under 15 years old (74 per cent) compared with the Australian population (62 per cent). The median age of these children was six and a half years. This is likely due to the higher proportion of persons aged between 25 and 44 represented in the ex-serving population.

“This helps us better understand what veteran families are juggling and what information and support they might need to help them navigate life with young children,” Minister Keogh said.

The report showed the majority of veterans owned their own home, on par with the Australian population.

“We understand that a person’s housing needs and preferences change as they progress through different stages of their lives, and it is important to provide adequate funding for services that support our veterans.

“We are committed to investing in research that delivers a better understanding of the veteran community, so that we can provide the services that veterans and families need, and having access to the latest data helps us to do that.

“I look forward to next year’s update of this report, which will contain data from the 2021 Census.”

There are many positive findings in this report. However some individuals and cohorts experience challenges, including those members who transitioned from the ADF involuntarily for medical reasons and those who served fewer years. This report helps government target its work in these areas to where the higher needs are.

The report was produced as part of an ongoing partnership between the Department of Veterans’ Affairs and the Australian Institute of Health and Welfare.

EDITOR’S NOTE2: I’m surprised this report didn’t give any stats on the number of veterans from the report’s limited cohort who have requested or are receiving DVA assistance – especially since the report was commissioned by DVA.

JESS NAUNTON: Living in the largest Garrison city in the country, we know far too well the challenges our ADF personnel and veterans face in the transition to civilian life. It’s one of the core reasons behind why we are seeing a Royal Commission unfold right now. And whilst a lot of what we have heard from the inquiry has spotlighted the barriers and red tape around accessing timely services required, a new report showcases the need to celebrate the positives when it comes to our ex-ADF accessing education, employment and income.

JESS NAUNTON: Now, it’s not often you hear about the positive experiences of our ex-ADF re-joining civilian life. What do you make of this new report by the Australian Institute of Health and Welfare?

MATT KEOGH: That’s very right, Jess. Understandably, we often focus on the things that don’t work well for our serving personnel and veterans, but it’s really important that we do promote what does work well and for the vast majority of our serving personnel, people leaving Defence, our veterans, they have really positive outcomes. And the Department of Veterans’ Affairs partnered with the Australian Institute of Health and Welfare to look into the wellbeing characteristics of our ex-serving ADF members, and it showed that across employment, income, education, housing – much more positive outcomes for the vast majority of our former Defence serving members and, in fact, better outcomes than we see across the general Australian population.

JESS NAUNTON: Now, the data from the report focuses on the 2016 census data. Is it now outdated, Minister, when you compare it to what we are seeing and hearing I guess six years on?

MATT KEOGH: I think in terms of trends it won’t be outdated, and obviously we needed to start with a set of data and this work was commissioned some time ago, because it does take a while to build up the datasets that we see and to do that investigation into understanding the impacts on our serving personnel, and I think we’ve seen some really good outcomes in this report. But that will be added to then by the information we’ll receive in about October, which will be the next tranche of data from the 2021 census, which was the first time that we asked people if they were serving or had served in the Defence Force, and so that data will then build on top of this information as well and start to give us a much better picture of the overall outcomes for our ex‑serving and current serving Defence personnel.

JESS NAUNTON: Minister, were any of the, I guess, key findings in this report came as a surprise to you?

MATT KEOGH: I wouldn’t say that they came as a surprise, but they were certainly a positive reinforcement of a lot of the information that people report to me anecdotally. That whilst, understandably, as I say, there is a focus on veterans where things have not worked well, there are great outcomes for the vast majority of people who have served in our Defence Force. And seeing that in the statistical information in this report bear fruit I think is really important about how we as a nation perceive our Defence Force, perceive our veterans, understand the great benefits that they provide not just when they’re serving, but also once they have finished serving and returned to civilian life and are back as part of our broader community, and that they are great contributors to our community and having positive lives. 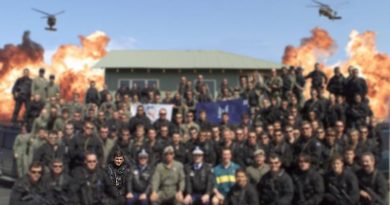 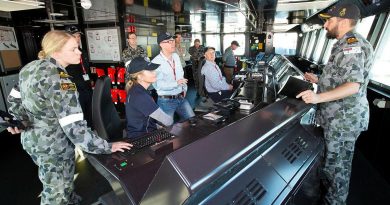 Bosses given a taste of life of a reservist 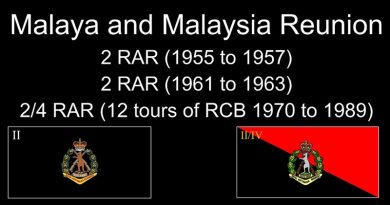