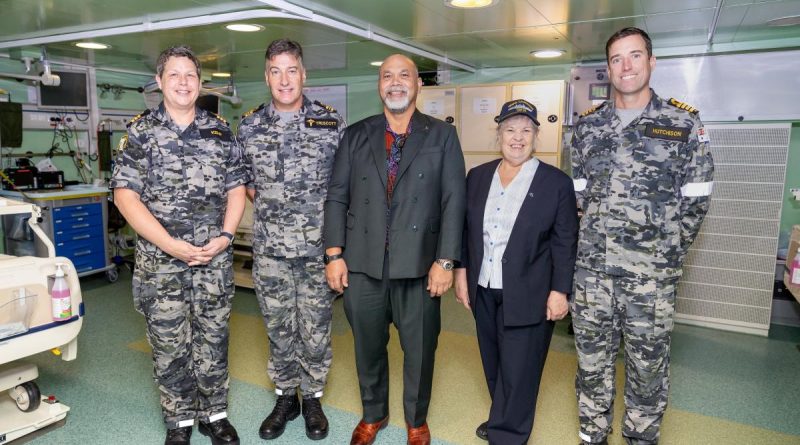 The President of Nauru, Lionel Aingimea, thanked the Royal Australian Navy for its efforts on Operation Render Safe during a visit to HMAS Canberra on August 18.

During a tour of the ship, President Aingimea watched an MH-60R refuelling before taking off from the flight deck.

“The flight was fantastic. We were very well looked after and the view was great,” President Aingimea said.

During the tour the guests visited key operational areas of the ship, including the role performed by 2 Enhanced Hospital, which has been on standby.

“I understand the medical team flew to Hawaii to meet the ship especially for Render Safe. Thank you very much, I really appreciate that,” President Aingimea said.

President Aingimea and Dr Cheney enjoyed a luncheon with Canberra’s command team before departing from the ship’s dock on an Army riverine patrol craft from the 2nd Battalion, Royal Australian Regiment. 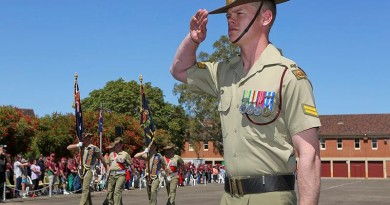 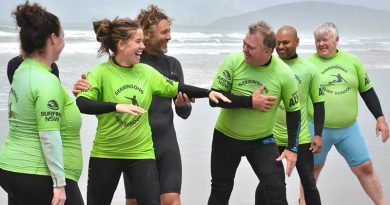