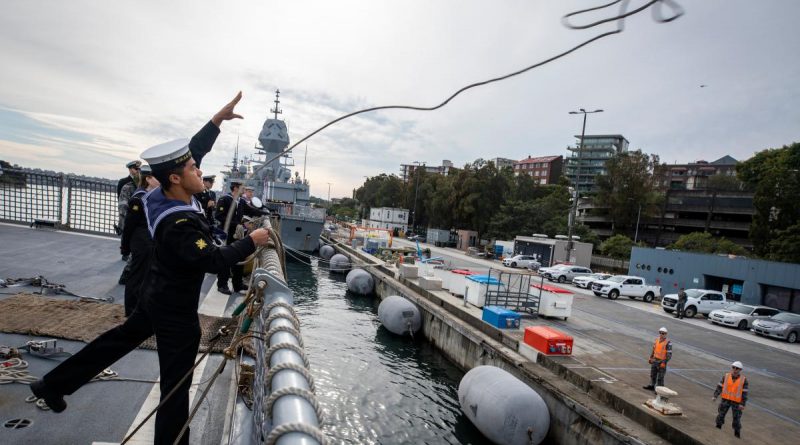 The ship’s company was greeted on the wharf by waiting family and friends as well as Navy’s Fleet Commander Rear Admiral Jonathan Earley.

While deployed, the crew managed to take time to raise more than $3300 for Cystic Fibrosis Australia, thanks to Parramatta’s Physical Training Instructor pushing crew members performing ‘65 reps for 65 roses’ in support of the charity’s 65 Roses Day on May 27.

Commanding Officer Parrramatta Commander Dave Murphy said he was very pleased at what his ship’s company had achieved during the deployment.

“I am very proud of the way everyone in Parramatta has worked to achieve our mission throughout this deployment,” Commander Murphy said.

“The crew has represented Australia well in foreign ports, collaborated well when operating with regional partner navies and generally pulled together well as a team to meet every challenge that has confronted us.”

Rear Admiral Jonathan Earley paid tribute to the contribution of the ship to regional security.

“Maintaining a nearly constant regional presence in support of regional security is a key mission for Navy and Parramatta has made an important and valuable contribution to that mission,” Rear Admiral Earley said.

“My congratulations to Commander Murphy and every member of the ship’s company for everything they contributed and achieved during this deployment.”

The presence of Australian Navy ships throughout the Indo-Pacific, as well as along Australia’s maritime borders, is an essential part of working towards a peaceful, prosperous, secure and stable region.

CAPTION: Family and friends welcome home their loved ones on board HMAS Parramatta as the ship returns to Fleet Base East following a regional presence deployment. Photo by Able Seaman Benjamin Ricketts. 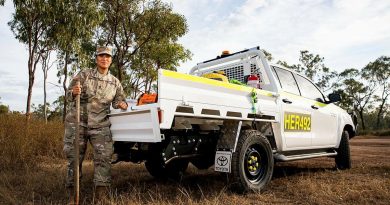