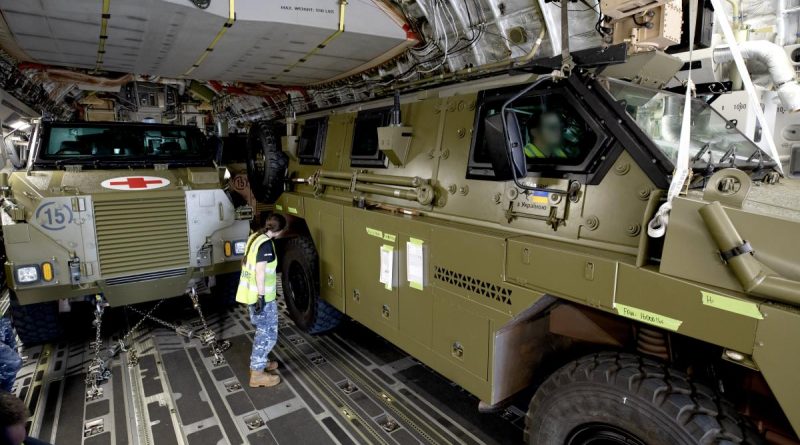 I am a retired member of the Australian Defence Force (ADF), a history buff and a strong supporter of Australian Industry. I have travelled far and wide throughout Australia and have ventured overseas on many occasions, not always to the nicest places. It is clear to most thinking people that Australia’s history, climate, large land mass, geographical location, and small population in comparison to our near neighbours all affect our industry to support the ADF. Perhaps a new approach is needed.

Australia’s biggest problem is the lack of a large market; which give us no “economy of scale”. This in turn denies us “cost effective ” production. This situation affects military and civilian sectors equally, unless we export. Unfortunately, the world is awash with weapons and military equipment producers. With our high dollar, good wages, safety and environmental standards (which I wholeheartedly endorse); we are NOT on a level playing field. Therefore, there is only one other option. Grow our internal market.

The ADF has long established a manpower reserve in all three services. Indeed arguably our best Generals were reservistists. i.e. Monash and Chauvel. What seems to be lacking is an ADF Equipment Reserve. (QRes) That fact was very obvious during the first and second world wars, but also caused the ADF in Korea, Vietnam and to a lesser extent in the Iraq and Afganistan wars to be under equipted. e.g. lack of GPS.

Identifying what we NEED to produce and what we CAN produce in a large enough production run to justify an industry will be a challenge. We need military/government and if possible military/civilian standardisation. This does not mean equipping state and local government with amoured fighting vehicles, artillery or attack helicopters.

Basically, it means co-ordinating federal, state and local government agencies in their purchase of machines. With big enough production runs, overseas manufacturers may set up facilities here, employing Australians and use this nation as a high-end base for the IndoPacific Region, as has happened in some cases already. e.g. German truck and 155mm production. This will not be easy as egos and self-interested politicans, bureaucrats and corporations infest all levels of government. e.g. the blame game over the Covid Virus and the types of vacinnations.

The equipment would be fitted for, but not with, military equipment. Things like radio loom brackets, strengthened antenna bolt down points, compatable towing pintols are just a few, more research in the area is needed. The items would need to be procured by the federal government, and given/sold to local, state and civilian operators with the understanding that if a national emergency occurred, the required machines would be drafted into the ADF. The need to camouflage and fit ADF stores and weapons would then take place. Said equipment would be refurbished and returned or replaced when no longer required, at no cost to the owner. Sale, issue or leasing of all QRes items to all interested parties with that understanding.

The civilian market is another area that could be enticed to get involved. The upcoming Land 8710 to replace the LARC-V and the LCM-8 are good examples of my proposed QRes. Building extra vehicles; leasing or selling them at cost price or at least tax free to tourist operators will give industry more economy of scale due to the larger production run and could double our sea/land connectors. The replacement of Landing Craft should be studied with an eye on the island ferry market.

While building to military specifications may be seen as overkill and costly for civilian users, robust construction, locally available parts and service; not to mention trained former ADF operators and maintence personnel are a long term incentive.

It is well known among the hunting and target shooting fraternity that the most popular ammunition used is the .308/7.62 mm and the .223/5.56 mm rounds. This is no accident as availablity and cost is driven by consumption. It is often said that Australia’s ADI makes excellent powders and Australian producers OSA and Outback export overseas. The US Military is adopting a new 6.8 mm cartridge type. The Americans are changing calibre; the ADF will soon follow. I see this as an opportunity to envigorate our small arms industry. We could encourage the uptake of the new type in the legal civilian market by cutting tax on Australian made 6.8 mm rounds in the future. This will be upsetting to some, but feral animal control and recreational hunting and target shooting is still necessary and popular in regional Australia.
We must think outside the box to advance.

A Matter of Perspective