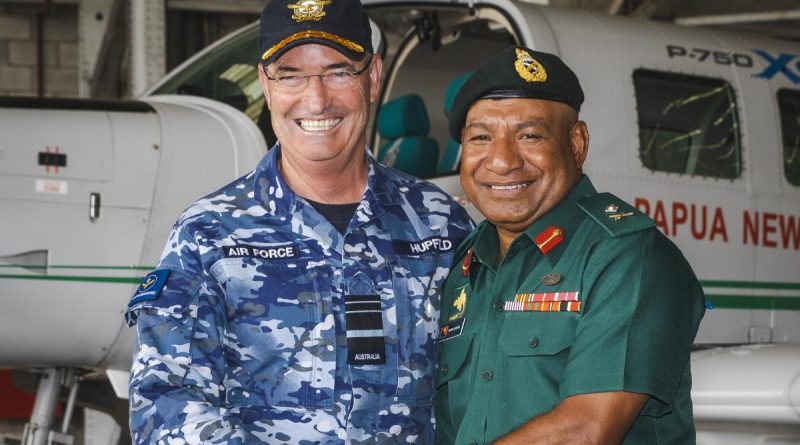 Australia is lending a helping hand in getting the air arm of the Papua New Guinea Defence Force (PNGDF) back on its feet after many years out of the skies.

Chief of Air Force Air Marshal Mel Hupfeld, has signed a memorandum of understanding (MoU) with the Chief of PNGDF in Port Moresby as part of ongoing efforts to assist in building up Papua New Guinea’s air capability through measures including plane maintenance and staff training.

The MoU between the Royal Australian Air Force and the Papua New Guinea Defence Aviation Authority aims to enhance and improve the aviation safety and capability of the PNGDF.

Air Marshal Hupfeld said it was an effective way of providing support to our close neighbour at a particularly important time for the region.

“The Australian government has made it very clear it’s important that we recognise the significance and the security of our region,” Air Marshal Hupfeld said.

“What’s important though is that PNG makes its own choices about their security and their sovereignty.

“What I’d like to do as the Chief of Air Force is to be in a position to assist, as we are doing through this program, and support the PNGDF aviation arm.”

Air Marshal Hupfeld was in Papua New Guinea at the end of April leading a RAAF delegation attending a number of events commemorating Anzac Day.

This year marks the 80th anniversary of a critical year of World War II for Papua New Guinea – many sacrifices on the battlefields and the remarkable adversity faced during the Kokoda campaign.

The month of April 1942 was a time of particularly bitter fighting in the skies above Papua New Guinea as Japanese aircraft flew down from Rabaul and Lae to attack Port Moresby and surrounding areas.

To commemorate the historic events of 80 years ago, Air Marshal Hupfeld and the delegation attended a dawn service at Bomana to honour the almost 3500 fallen Australians and other Commonwealth troops, and at least 32 PNG soldiers buried there.

The delegation also took the opportunity to visit the Isurava Memorial, which was the scene of one of the bloodiest battles of the Kokoda campaign, before heading to Efogi near Mission Ridge and Brigade Hill, where another fearsome battle occurred in 1942. 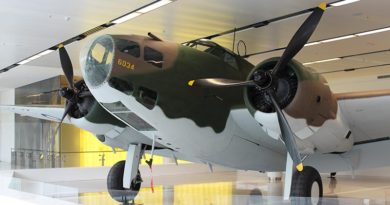 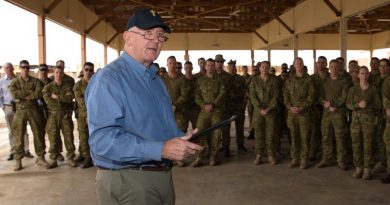 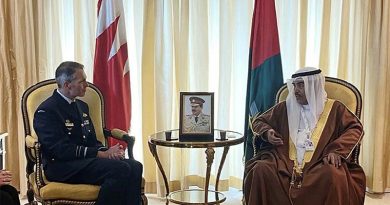