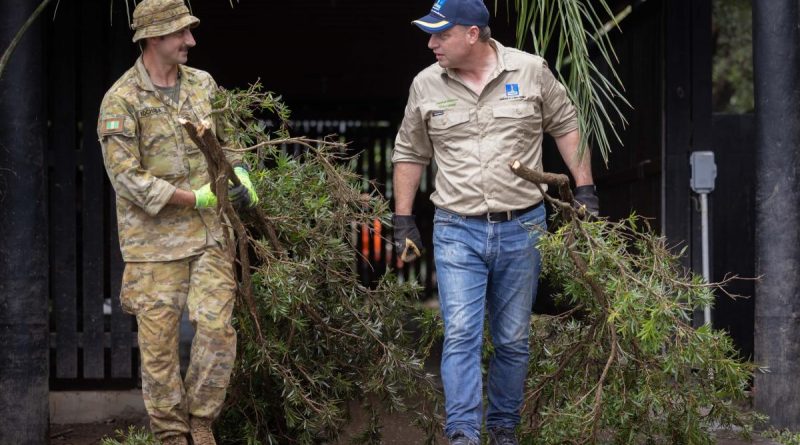 Lord Mayor of Brisbane Adrian Schrinner rolled up his sleeves and worked side-by-side with soldiers from 6th Battalion, Royal Australia Regiment (6RAR), during a clean-up in the Brisbane suburb of Windsor last week.

Speaking to the troops before getting down to work, Lord Mayor Schrinner said Defence was welcomed by those communities impacted by the floods.

“Never under-estimate the importance of your presence here in boosting the morale of the community,” he told the Defence contingent.

The Lord Major said that the Brisbane City Council prioritised suburbs based on community requests, with Australian Defence Force planners coordinating with council to support those areas worst hit.

Major Michael Joseph said the first task was to get all of the debris out of homes and on to the curbside, where it can then be picked up by council trucks.

“Defence is tied in with the community and as you’ve seen we’ve got the Lord Major here on site. We also work hand-in-hand with fire services and if premises need mud and dirt cleaned out they will get in with the hose when requested,” he said.

As well as the ADF personnel, Major Joseph said community volunteers through groups such as the “Mud Army” were playing an important role in the clean-up.

“They’ve got about 20,000 volunteers and, particularly on weekends they’ll be out working to clear debris and help with the clean-up at the same time as Defence personnel,” he said.

Defence support to the Queensland and NSW governments is being delivered under Operation Flood Assist 2022 across a range of search and rescue and recovery tasks. 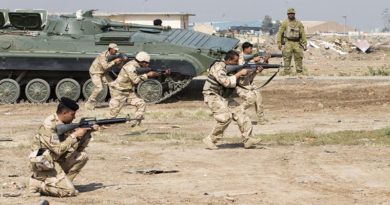