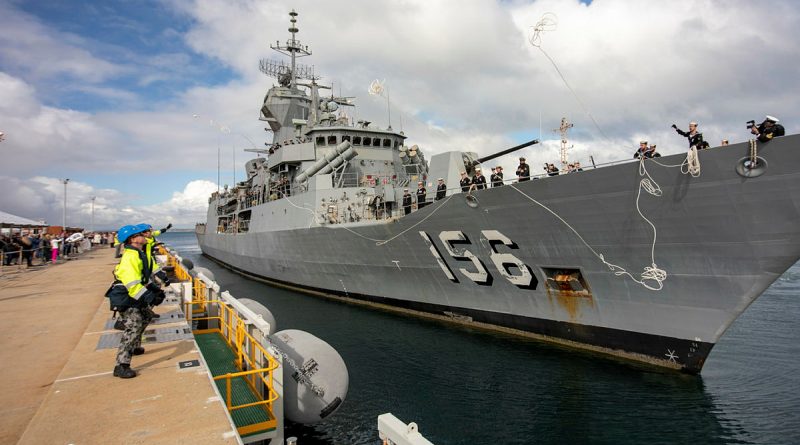 HMAS Toowoomba, nicknamed the ‘Purple Pony’, was returned to the water at Henderson, Western Australia, on April 12 after an 18-month maintenance period.

Toowomba is the fifth of the Navy’s eight Anzac-class frigates to exit the dry production phase of the Anzac Midlife Capability Assurance Program (AMCAP).

This program involves significant out-of-water maintenance and upgrades to the overall capability of the Anzac class.

Commanding Officer of Toowoomba, Commander Darin MacDonald, said achieving a ship’s undocking relied on the expertise of Commonwealth and Defence industries, with many partners having undertaken weeks of assurance activities to certify the safety of the ship.

“The AMCAP program is an ongoing collaboration between Defence and industry partners. Toowoomba has been the beneficiary of a rolling cycle of enhancements from previous ships.” Commander MacDonald said.

“Undocking also marks a transition of responsibility for the ship back to Navy, with the ship’s company pleased to resume ownership of the Purple Pony.”

The focus for the crew and supporting industry now turns from deep-cycle maintenance on Toowoomba’s systems, to returning them to an operational state.

This will involve a number of trials, both alongside and at sea, before the ship is scheduled to return to an operational cycle at the end of this year. 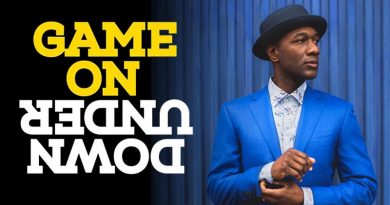