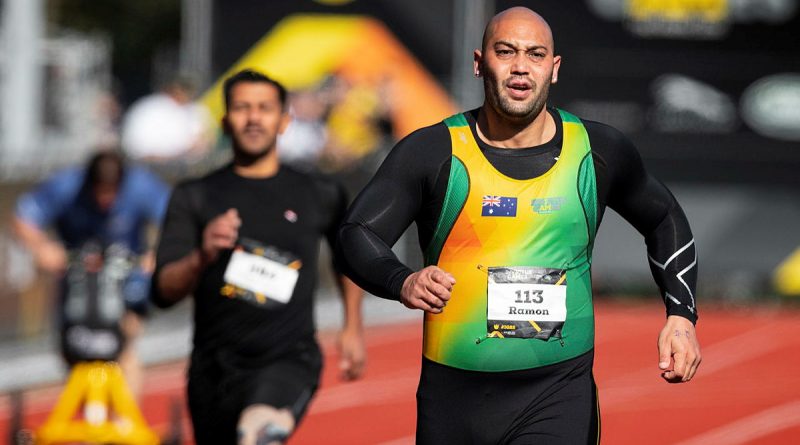 Gabriel Ramon is still struggling to come to terms with the fact that he will be returning home with an Invictus Games silver medal.

For the former Royal Australian Air Force airfield defence guard, who has a deteriorating knee injury first sustained during a field training exercise, getting to the athletics field to compete in shot put was a victory in itself.

“I just expected to go out there to have a good throw and do the best I could. To get a medal is an extra bonus,” Ramon said of his men’s IF4 shot put performance.

Since his selection for the Australian Invictus Games team, he has been on what he describes as “one hell of a ride”, losing both his sister and his father in 2020.

He credits his Invictus journey with helping him through some of his darkest moments.

“It’s put me back on that field again where I can focus on a sport that I thought I couldn’t do. I never would have thought of that until I was helped by Invictus,” he said.

Flight Sergeant Nathan King finished with a silver medal in the men’s IF5 discus, sharing a beautiful moment with his family after his event.

His three children – Braedon, Georgia and Micah – his wife, Catherine, and his parents all made the journey to The Hague to watch him compete.

Almost five years ago, Flight Sergeant King suffered an injury to his left thigh, which confined him to the intensive care unit for six weeks and required an additional seven months of rehabilitation.

He said his medal was a tribute to his family, who have played an integral role in his recovery.

“They’re the reason I got out of the hospital bed,” Flight Sergeant King said.

“Getting to the games was my way of giving back and saying thank you to all the carers, the hospital staff and my family support.”

Emma Murfet claimed her second gold medal of the games, winning the women’s IT7 100m, and her second silver medal, finishing just 0.02 seconds behind Lisa McCranie of Team USA in the IT7 200m final.

Another highlight in the athletics was Team Australia co-captain and Australian Army soldier Sergeant Shane Bramley’s triumph in the men’s IF4 discus.

He said the best part of the games so far had been sharing the experience with his son, Nathan, and his wife, Cindy.

“Nathan and Cindy have never seen me compete until here at the games,” Sergeant Bramley said.

“By being here, they can see that I’m relatively normal in the veteran community.

“Sometimes we’re a bit withdrawn and quiet as we’re dealing internally with own thoughts or with chronic pain, but that’s all good. We’re all normal.”

In the sitting volleyball, Team Australia took to the court for a third and final pool match against Team Poland.

The Aussies were unable to progress to the finals as they were overpowered by Poland 2-0.