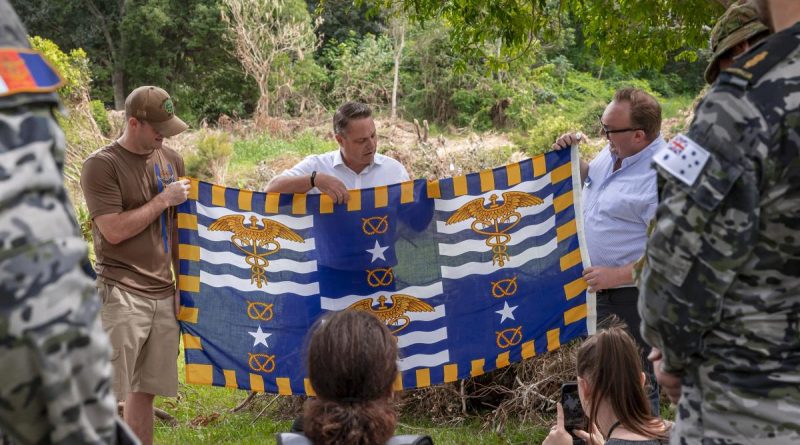 United States Navy crew from USS Frank Cable were presented with the Brisbane city flag in recognition of their efforts in the post-flood clean-up.

On an operational tour of Australia, the vessel serves in the US Seventh Fleet, based out of Guam.

Upon hearing of the devastation caused by the floods, a large proportion of the crew volunteered to assist in the clean-up while berthed in Brisbane.

Brisbane Mayor Adrian Schrinner welcomed the support from the crew while visiting Kedron Brook in Mitchelton, where the crew were assisting Australian Defence Force personnel clean up.

Mayor Schrinner presented the flag to Lieutenant Brandon Shellenberger, a weapons officer, who accepted the flag on behalf of the ship.

“This is a once-in-a-lifetime opportunity to help the Brisbane community after the flood,” Lieutenant Shellenberger said.

“When I heard about the task, I immediately signed up. It was also a great way to meet other servicemen and women and get to know Australia.

“Most of the ship’s company have never been to Australia, so we jumped at the chance to volunteer to partner with the Australian Defence Force and help clean up this great city.”

Some of the crew aboard the ‘Fighting Frank’, as the ship is affectionately known, hope to explore some of the city before departing.

“I am excited to dive the HMAS Brisbane dive site and, hopefully, I’ll get to spend some time [seeing more of Brisbane] before we continue on our deployment,” Lieutenant Shellenberger said.

The former destroyer Brisbane was scuttled in 2005 and is now a popular dive site and tourist drawcard in its new role as an artificial reef. 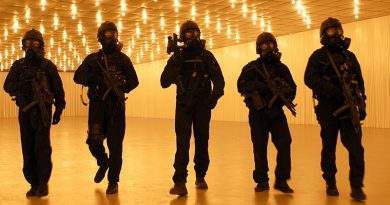 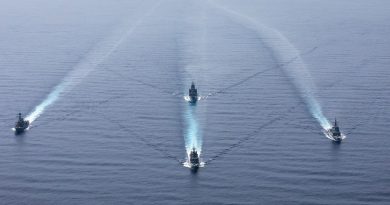 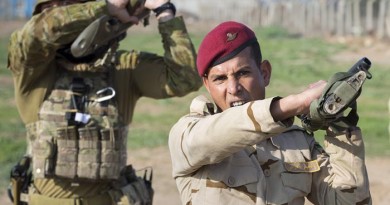