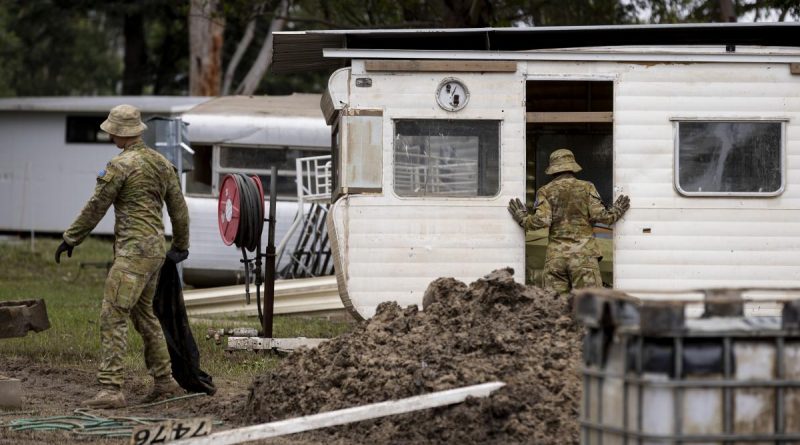 The caravan park had endured its second flood in 12 months, with flood-levels peaking over a metre higher than floods experienced in the summer of 2021.

While in the 2021 floods some of the residences were recoverable, in this year’s flood nearly all were considered to be a total loss.

With his caravans up-turned, broken and filled with mud, resident Grant Moynihan said it was hard to know where to start the clean-up, although appreciative of the support provided by personnel from the Australian Army.

“What it means for the residents to have the Army here is a lot of weight off their shoulders facing the upset and torment of losing all their possessions,” Mr Moynihan said.

“Defence coming through to assist removing the debris is just fantastic.” Supporting the holiday park, the task group’s recovery role included the removal of debris from destroyed caravans and infrastructure for NSW state agencies to remove off-site to begin reconstruction efforts.

Talking to affected residents, personnel from the task group drawn from units across Sydney expressed their enjoyment in contributing to the recovery operation, being able to pitch in and help fellow Australians in a time of need.

Many of the personnel themselves had spent time around the Hawkesbury River area and were shocked to see the levels of devastation.

Sackville Ski Gardens manager Shane Earl now has an eye on the future.

“Once the clean-up and recovery is done, it’s about rebuilding again by reinstating our infrastructure so that the tenants can all come back and reestablish what they’ve lost,” Mr Earl said. 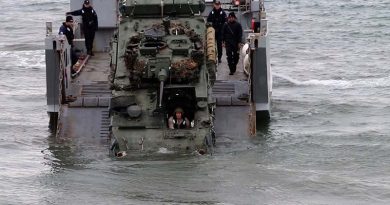 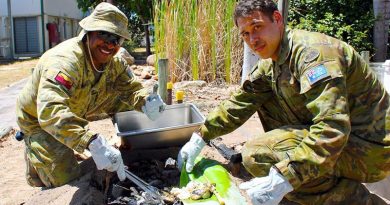 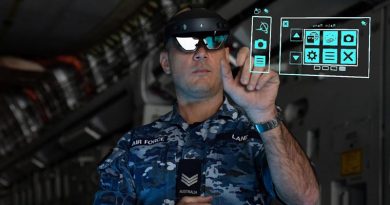