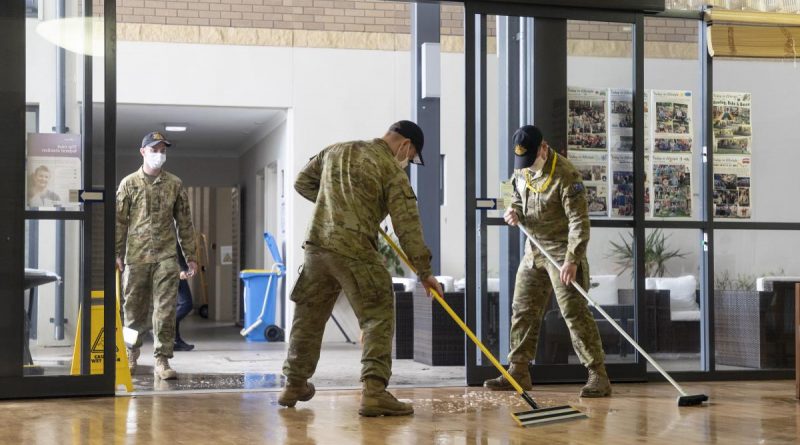 Five soldiers from the 5th Battalion, Royal Australia Regiment (5RAR) helped staff at a Brisbane aged care facility clean up after flooding caused by heavy rains at the weekend.

The 5RAR soldiers are part of the ADF support to the aged care sector and had been doing general duties at a facility in the north of Brisbane.

Marefre Crouch, the care facility’s administration officer, said the presence of the 5RAR contingent had helped the centre quickly return to normal after the extreme weather event.

“The boys went straight to work in helping to prepare for the flooding, and now they’ve helped to get the water out that had entered the resident’s activity area,” Ms Crouch said.

“We could see they’re not scared to get their hands dirty.”

Corporal Tyrique Faamausili said the team had been able to help prepare the facility ahead of the floods by clearing drains and sandbagging.

Having gotten to know the residents in the days before the flood, Cpl Faamausili said it had been rewarding to be part of the clean-up effort.

“We’ve only been here for the past week but it’s been an experience I’ve really enjoyed. We didn’t know what to expect, but the residents are great and they’ve loved interacting with us and having a chat,” he said.

Rhonnie Tant, part of the centre’s lifestyle department, said having the ADF on hand was helpful on a number of fronts.

“The residents love their activity area so having help to get that free of water allows them to get back in their immediately,” Ms Tant.

“They’ve also been locked down during COVID so to have some new faces to interact with has been lovely. The residents are really interested in their backgrounds and finding out about their family history.”

Up to 1700 ADF personnel across Australia are available to provide support to the aged care sector following a request from Emergency Management Australia. 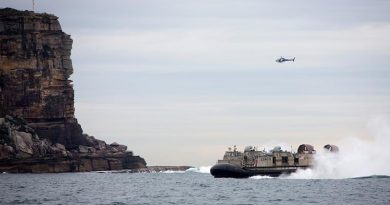