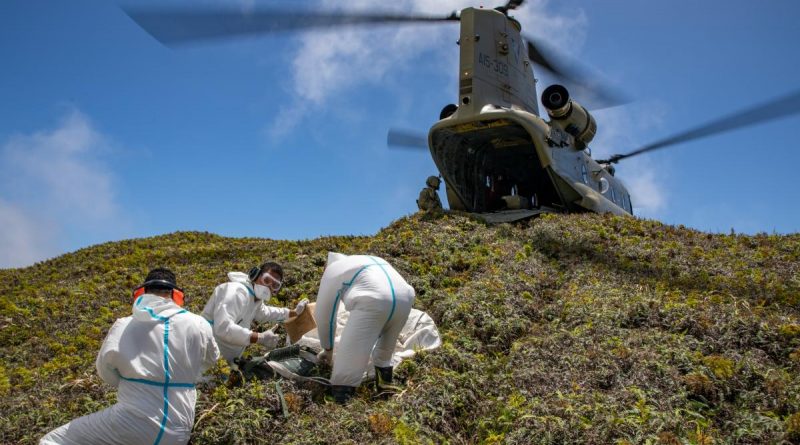 The Australian Defence Force has airlifted Tongan technicians to a usually cloud-obscured peak on Kao Island in Tonga to repair vital telecommunications equipment.

An Australian Army CH-47F Chinook aircrew exploited breaks in the cloud to land on a plateau 3100 feet above sea level, which was near the telecommunications tower.

“This a good result for the Tongan people. Delivering technicians to repair a key Digicell tower will help restore telecommunications in the central islands.”

Kao Island is a 45-minute flight from Tonga’s international airport.

The three technicians wore disposable hazmat overalls and personal protective equipment, consistent with Tongan protocols, to ensure the transfer was conducted in a COVID-safe manner.

The pilot of ‘Aussie 993’ was Chinook detachment commander Major Richard Bremner, who said the crew saw glimpses of the tower as they approached the island.

“Captain Cameron Dunne, the aircrew and I could see the tower through a thick band of cloud with some intermittent gaps,” Major Bremner said.

“We climbed to 3000 feet to become level with the tower and then made our approach.”

The Chinook landed in the vicinity of the tower on a bed of thick ferns.

“The first aircrewman to get out, Corporal Mathew Wielozynski, sank up to his waist in the vegetation,” Major Bremner said.

“Sergeant John van Vegchel and Corporal Justin Keith then helped the technicians and their equipment out of the helicopter.”

A second Chinook was positioned near the island to maintain a search and rescue capability.

“They made sure we were all okay and, if anything happened, they would come and get us out,” Major Bremner said.

The aircrews returned three days later to collect the technicians, who had completed their vital work. 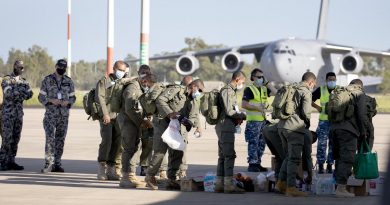 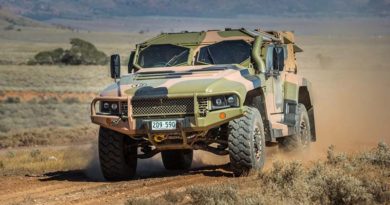