Royal Australian Air Force Warrant Officer Raylee ‘Pixie’ Scott thought 2022 couldn’t get any better after starting her new role as Air Command Warrant Officer, but an Australia Day honour is the icing on the cake.

Appointed as a Member of the Order of Australia (AM), Warrant Officer Scott has been recognised for her exceptional service in personnel and cultural development, change management and executive support.

Warrant Officer Scott said she was very proud and incredibly appreciative of the recognition.

“It is very humbling to be recognised as an individual and as one of the many other Australians similarly recognised for their amazing contributions to our beautiful country,” Warrant Officer Scott said.

“Although, I must confess, when I first received the email notification I thought it was spam and I had to keep checking it was real.

“I am motivated seeing our amazing workforce and how innovative they are.

“They never cease to impress me with their thinking, with technologies and practices, that can really make a big difference in the way we work.

“I could not have accomplished what I have throughout my career without the support of my family and friends, who all keep it real for me.

“I’m also indebted to the people I work with as a team – my other family.”

Warrant Officer Scott joined the Royal Australian Air Force in 1986 as a switchboard operator, before transferring to the communication information systems controller mustering in 1996.

She spent more than 30 years in the communications family, working as a team leader at Headquarters Joint Operations Command and several joint operational deployments.

Warrant Officer Scott said leaving behind her communications comfort zone was a challenge, but she wanted to take the next step into the senior enlisted leadership team.

“As the No. 44 Wing Warrant Officer, I was part of a team that worked tirelessly every day to provide air traffic control services,” Warrant Officer Scott said.

“As the Air Mobility Group Warrant Officer, I worked with a team who take immense pride in their agility and responsiveness, and I was very proud of their efforts during the Afghanistan non-combatant evacuation operation last year.

“Now as the Air Command Warrant Officer, I will do my best to serve all in Air Command and the force element groups to the best of my ability.” 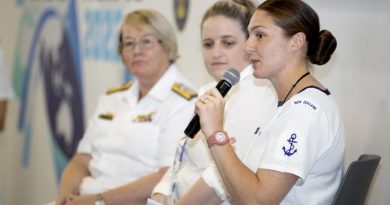 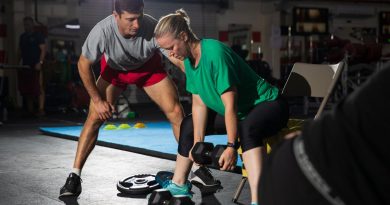 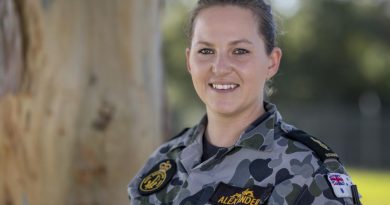