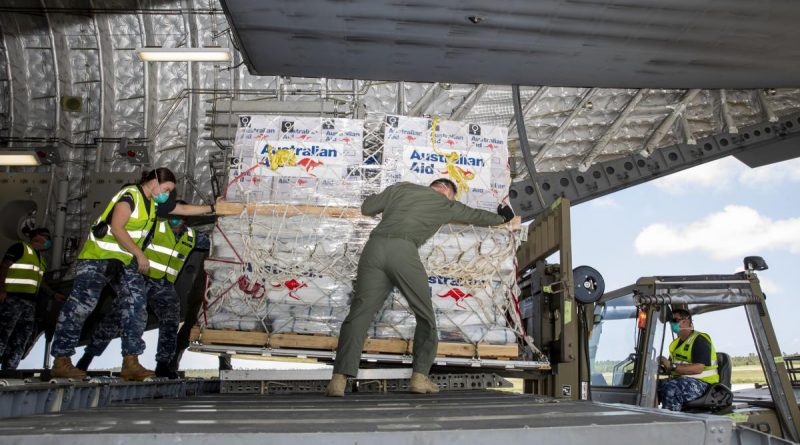 The Australian Defence Force is supporting Tonga following the eruption of the Hunga Tonga-Hunga Ha’apai underwater volcano on January 15.

Defence, as part of the whole-of-Australian Government effort coordinated by the Department of Foreign Affairs and Trade, has established Operation Tonga Assist 2022.

The first Royal Australian Air Force C-17A Globemaster III aircraft touched down in Tonga on  January 20 with essential supplies to support the Government of Tonga in its recovery efforts.

This assistance will help the Tongan Government meet the Tongan community’s needs and support immediate clean-up efforts. Many homes have been destroyed and many people displaced by a tsunami caused by the eruption.

The delivery of supplies is part of the initial package of urgent humanitarian assistance. This is in addition to the Australian Government’s existing stores in Tonga, which are already being distributed to the most affected regions via two Guardian-class patrol boats and a landing craft that were gifted by Australia to Tonga.

The C-17A Globemaster III flight was made possible thanks to the tireless efforts of Tongan authorities who have worked to clear a thick layer of volcanic ash from the runway at Tongatapu Fua’amotu International Airport to enable the planes to land.

HMAS Adelaide, currently located in Brisbane, is preparing to deploy to Tonga with additional humanitarian and medical supplies, engineering equipment and helicopters to support logistics and distribution. Adelaide is expected to depart late on Friday or Saturday.

The Australian Government response is being coordinating closely with France and New Zealand under the FRANZ partnership, Fiji, Japan, United Kingdom and the United States.

Earlier in the week, two RAAF P-8A Poseidon flights and one C-130J Hercules conducted aerial surveillance over the central islands of Tonga at the request of the Tongan Government to help determine the extent of the damage, particularly in more remote locations, and inform their future disaster support requests.

Recognising Tonga’s COVID-19-free status, Australia will deliver the supplies in a COVID-safe way, carrying out all work in close partnership with the Tongan Government. 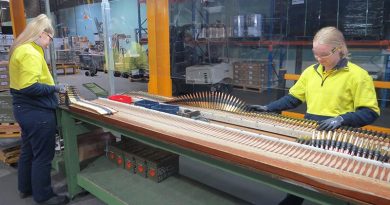