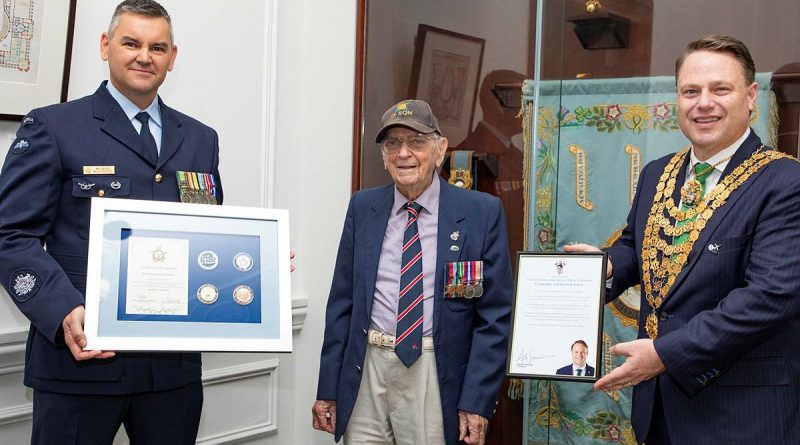 The oldest known living member of No. 23 (City of Brisbane) Squadron, Esdale Davis, celebrated his 100th birthday on November 24.

The World War II veteran was born in Brisbane and celebrated the milestone with close family and friends.

To mark the occasion, Brisbane’s Lord Mayor, Councillor Adrian Schrinner, presented Mr Davis with a certificate in front of the No. 23 (City of Brisbane) Squadron colours, which are displayed in Brisbane’s City Hall.

Mr Davis was present when the squadron colours were first placed in the hall in 1977. His 100th birthday also fell within the Air Force’s centenary year.

During his meeting with the Lord Mayor of Brisbane, Mr Davis was also presented with an Air Force centenary commemorative memento by RAAF Amberley Acting Base Warrant Officer, Warrant Officer Michael McDonnell.

Mr Davis is a proud former member of No. 23 Squadron and a living testament to the squadron’s motto ‘Dauntless’.

When asked what was the secret to his longevity, Mr Davis replied: staying fit and having a sense of humour.

“It is a crazy world out there, so just sit back, watch and let it be,” Mr Davis said.

Mr Davis enlisted in the Royal Australian Air Force on May 16, 1941, at Bowen Hills in Brisbane during World War II.

He served with No. 23 Squadron at RAAF Station Archerfield (now Archerfield Airport) as part of the orderly room staff.

In 1942, he moved with the squadron to RAAF Amberley as the Japanese forces were advancing on New Guinea.

He and the squadron then relocated to RAAF Airfield Lowood. 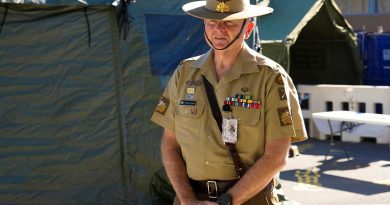 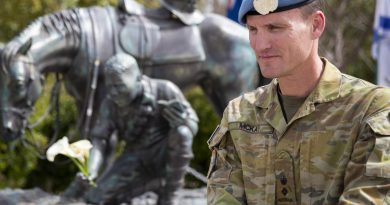 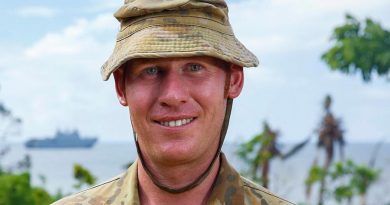