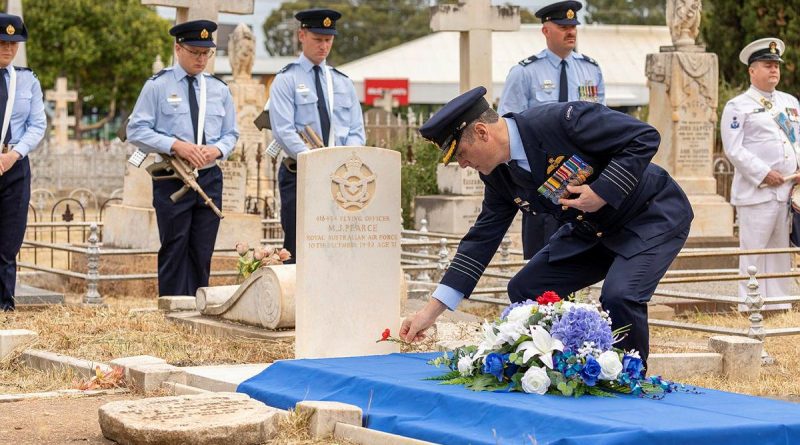 On 10 December 1942, only six months after arriving at his first posting, Flying Officer Maxwell Pearce died in a crash just after taking off from an airfield near Virginia, South Australia.

A graveside acknowledgement was conducted on 19 November in Salisbury to honour Flying Officer Pearce as part of Air Force’s centenary commemorations.

Director of Community Engagement Edinburgh Group Captain Greg Weller told the gathering of the storied history of the RAAF flight training conducted at Parafield from 1940 to 1943 by No. 1 Elementary Flying Training School.

“Despite having a high training throughput of almost 1900 trainees, Parafield had a good safety record, with only three fatal accidents resulting in five fatalities,” Group Captain Weller said.

Along with the graveside acknowledgement, there was also a commemorative service held at the Salisbury War Memorial involving a No. 92 Wing catafalque party and attended by Governor of South Australia Frances Adamson, Salisbury Mayor Gillian Aldridge, other dignitaries, Air Force veterans and personnel from RAAF Base Edinburgh.

Officer Commanding No. 92 Wing Group Captain John Grime delivered the keynote address and talked about the enduring relationship between the RAAF and Salisbury.

“Given our close relationship, it has been fitting to be able to share the centenary with Salisbury at events like this.

“We come together today to recognise those who served at Parafield, to acknowledge the enduring relationship between the RAAF and Salisbury and the support of the city during the war years, and to honour those who tragically perished during the war.

“We especially honour those members of the Salisbury community who heard the call and served in the Royal Australian Air Force during World War II – many paying the ultimate price.

“In particular, we remember the four RAAF aviators listed on the Salisbury War Memorial before us.”

Following the commemorative service, a P-3 propeller monument was dedicated to honour the aviators who served in the P-3 Orion community over the past 50 years and the long relationship the aircraft has had with the Salisbury community.

“Those aviators served on the ground and in the air in support of the aircraft for more than half of the Air Force’s 100 years of existence,” Wing Commander Jovanovich said.

The installation of the monument was organised by Vice-President of the Salisbury RSL Graham Reynolds, a former permanent Air Force member and now a Reserve engineer officer.

He worked on the P-3 Orion aircraft for many years. 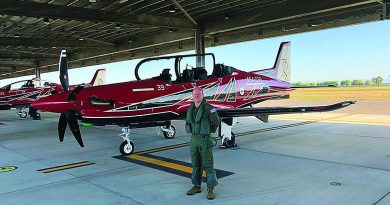 Modern pilot training efforts fly in to the honours 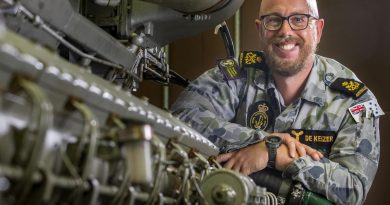 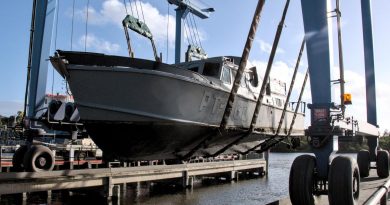