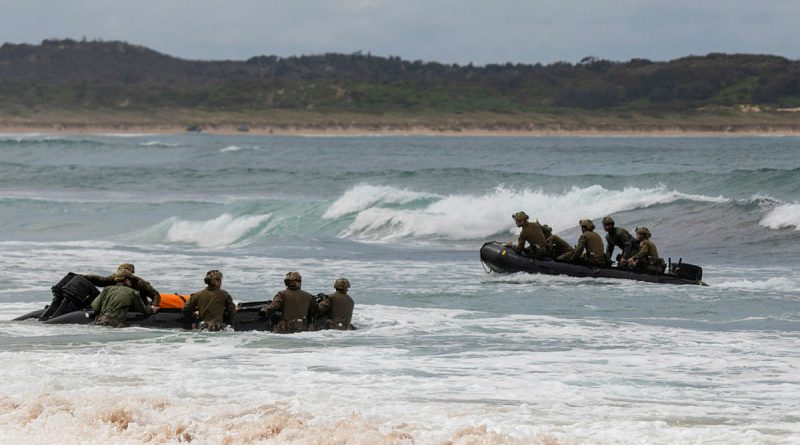 At Wanda Beach near Cronulla, the trainees from the Commando Amphibious Operations Course took to the surf in Zodiac inflatable boats to learn boat-handling skills as curious locals exercising along the beach looked on.

A few days later, Sydney’s Northern Beaches’ residents looked out on stormy skies to see the trainees parachuting from Air Force C-130J Hercules aircraft into the waters off Manly.

Landing alongside their air-dropped Zodiac boat bundles in waters several kilometres out to sea, the trainees worked in teams to assemble the boats and rendezvous with waiting Navy landing craft.

The amphibious operations course is a critical component of the 12-month commando reinforcement training cycle conducted by the ADF School of Special Operations (ADFSSO).

ADFSSO instructor Corporal M said the course was the culminating activity for the trainees prior to being awarded their Sherwood-green berets and being posted to either the 1st or 2nd Commando Regiments.

“This was the parachuting component and resulted in the largest joint special operations activity for the year, supported by key platforms and personnel from Navy, Army and Air Force.”

“It’s important for ADFSSO to ensure its activities bring together all three services to provide the most realistic and demanding training to prepare the ADF’s future special operations force personnel,” Corporal M said.

The activity drew considerable attention on the day, with media helicopters capturing the insertion, and Seven and Nine television news both broadcasting stories on the Saturday evening.adf 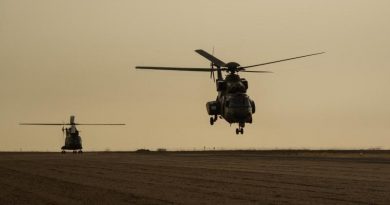