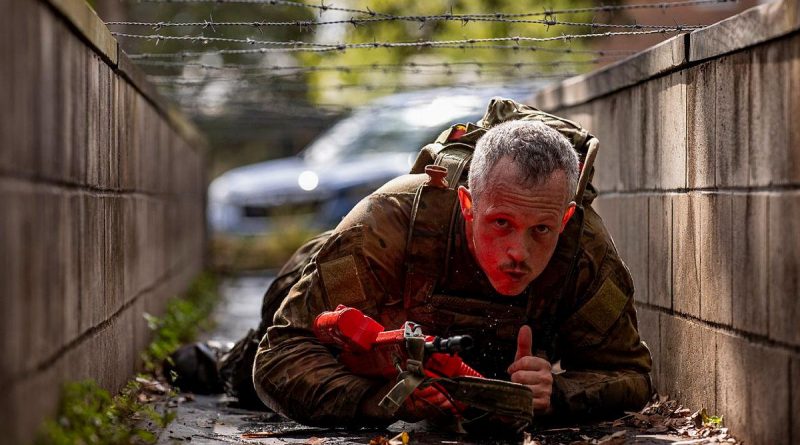 The entire 7th Combat Brigade gathered at the Gallipoli Barracks obstacle course in Brisbane on October 21 to cheer on the unit teams taking part in the Commander’s Cup, an event that boosts esprit de corps.

Each unit from the 7th Combat Brigade put forward a team of eight members to try and complete the course in the shortest amount of time, fighting for the glory of being the fastest team on Gallipoli Barracks.

In full combat ensemble, the soldiers, wielding rifles, traversed the tough obstacles, challenging not only their physical strength and endurance, but teamwork and mental determination, too.

“As the soldiers traverse the course, you see the day-to-day emotions on their faces – victories and defeats that often go unsaid,” WO1 Carroll said.

WO1 Carroll said events such as the Commander’s Cup and the friendly rivalries they promoted were important for soldiers’ morale.

“Competition and combat brings to the fore a unit esprit de corps,” he said.

“The pipes and drums provide the heartbeat.

“The obstacle course participants, in varying stages of fatigue, are buoyed on by their whole battalion chanting ‘hoi’ in unison – hundreds of soldiers helping and encouraging them to the finish line, all with the common purpose of supporting their mates who are in the ring.

“You can’t pretend to have morale or esprit de corps.

“It’s hard to quantify, but an event like the obstacle course sums it all up.”

By the end of the event, all teams had fought hard to cross the finish line as the fastest unit on Gallipoli Barracks, but the team from the 2nd/14th Light Horse Regiment (Queensland Mounted Infantry) won.

Regardless of result, all the teams felt an immense sense of pride having represented their units well. 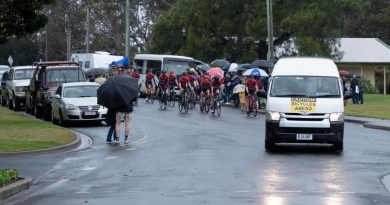 Riding for a cancer cure 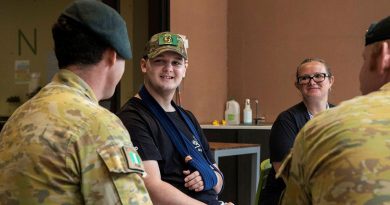