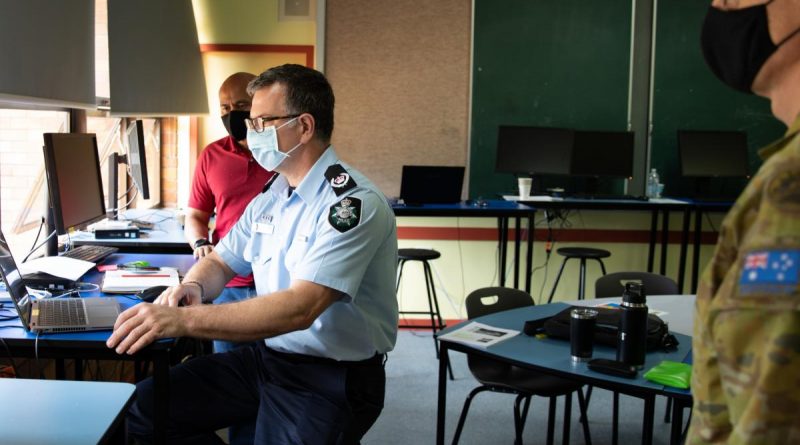 Integrating military, government and non-government organisations into a Civil-Military Operations Centre (CMOC) is challenging enough in person, so achieving this for online assessment meant careful planning was required.

Staff from Headquarters 1st Division planned and ran the course, and were extremely pleased with how it went.

Senior instructor Major Brian Willsher said civil-military cooperation (CIMIC) was built on strong relationships, which meant his team had to pay close attention to ensure online delivery was a success.

“We have used ADELE and Big Blue Button, and there has been a learning journey to understand how that system works,” Major Willsher said. Big Blue Button is a global teaching platform. This open source virtual classroom software was developed in a school, not in a boardroom. Australian Defence Education Learning Environment is the adopted Defence-wide Learning Management System.

“We have been fortunate to have some great engagement with Officer Training Wing from Canungra. Major Pete Tarling has really helped us in developing the use of that platform for this course.

The online setting meant the level of collaboration between course participants has been high. They had the flexibility to work together in multiple syndicate rooms and share thoughts, ideas and experiences during the presentations without interrupting the lesson delivery.

“The online setting makes it a level playing field where you can mix people of different services, ranks, and backgrounds,” Major Willsher said.

The Australian Government’s Australian Civil-Military Centre has provided essential support for the planning and conduct of the course.

A key outcome is to understand who the main actors are in the civil-military space.

The course has been fortunate to have key actors in the field, including senior representatives from international organisations and non-government organisations (NGO).

These included the International Committee of the Red Cross (ICRC), representatives from the University of Queensland (UQ) who are experts on the UN, and Doctors Without Borders, Australian Red Cross, Save the Children and RedR Australia.

Domestic and state-based organisations also provided speakers, including the Australian Federal Police, Queensland Fire and Emergency Services, and Palladium Group, which provides logistics support to the Department of Foreign Affairs and Trade (DFAT).

“There has been some really great engagement between Defence, DFAT and AFP members representing a Combined Joint Interagency Task Force Headquarters and civilian representatives from ICRC, UN, UQ, Save the Children, Australian Red Cross and International SOS, whose participation in the activity had been coordinated by ACMC,” Major Willsher said.

“The activity was also supported by the ADF Peace Operations Training Centre.

“There has been some great dialogue and some difficult issues that have been raised.

“The participants have been able to take them away and determine how a joint task force would address some of those issues, so the CMOC has been a really outstanding training outcome.

“In terms of engaging in an online CMOC in the real world, the online experience of communicating as a headquarters staff and some of the soft skills required to do that has been great practice.”

The centre further prepares CIMIC staff to integrate the ADF effectively with other military, government and non-government organisations to achieve the mission. 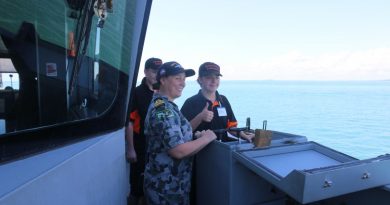