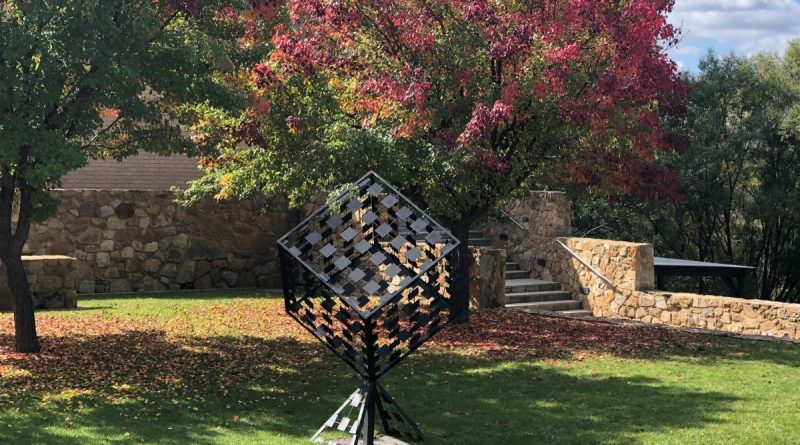 Creative expression in the ADF may sound like a contradiction, but a new association for personnel is aiming to break that perception.

CAPTION: Colonel Richard Barrett’s work ‘Redacted’ in the grounds of the Centre for Defence Leadership and Ethics. Story by Major Rachel Beeton.

Creative thinking has long been lauded for improving problem-solving skills and encouraging a diverse workforce, and the ADF Creative Arts Association aims to build those principles by encouraging creative expression within the ADF.

The association has been endorsed by the ADF Sports Cell and will enable ADF members to exhibit and perform in collaboration with Australian artists and arts organisations.

Founding president Brigadier Isaac Seidl studied singing before joining the Army as a medical officer and said singing taught him discipline and determination, among other skills.

“I found that performing taught me to coordinate mind and body while managing my nerves,” Brigadier Seidl said.

“It also helped me to work within a team and to communicate effectively, and I’ve often reflected that how we perform as leaders depends on how well we can lead a performance.

“When I joined the Army, I kept my passion for singing and performance, and I think the ADF Creative Arts Association is a fantastic opportunity for members with a passion for any kind of creative art form to get together and use their creative skills, no matter their trade.”

For the Director – Centre for Defence Leadership and Ethics, Colonel Richard Barrett, sculpture became a way of engaging with contemporary issues.

“I took up sculpture as a hobby, and I found that it was a great way for me to engage with and express contemporary issues that I experienced during my service,” Colonel Barrett said.

Two of Colonel Barrett’s works are being exhibited at the Arts @ ADC installation program on the centre’s grounds at Weston Creek, Canberra.

The first piece, Homo ex Machina, is a recycled steel cube mounted on its vertex.

Plasma-cut into its panels are the articles of the Universal Declaration of Human Rights in Morse code.

Colonel Barrett said the work signified the need to ensure that science, artificial intelligence and computing power serve human needs, and that when these systems are designed, “we need to ensure individual rights are represented”.

The second sculpture, Redacted, engages with allegations being addressed by the Inspector-General of the ADF.

The black squares of the internal pattern recall the blacked-out redactions within the Brereton Report, and the repetitive motif within the cube samples the aniconic geometric patterns in Islamic art.

Colonel Barrett said the ADF @ ADC program was an example of how Defence personnel could engage with contemporary Defence issues through creative expression.

“The opportunities are only limited by our imaginations.”

The ADF Creative Arts Association is currently seeking expressions of interest for membership.

If you are an ADF member with an interest in visual art, sculpture, photography, music, film, dance, drama, digital media, writing, theatre or any other creative endeavour, contact the secretary of the ADF Creative Arts Association at cate.carter@defence.gov.au 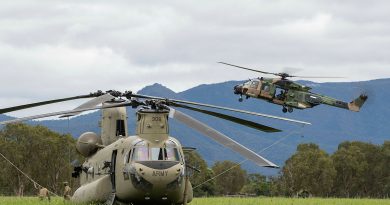 Battle group takes to the skies