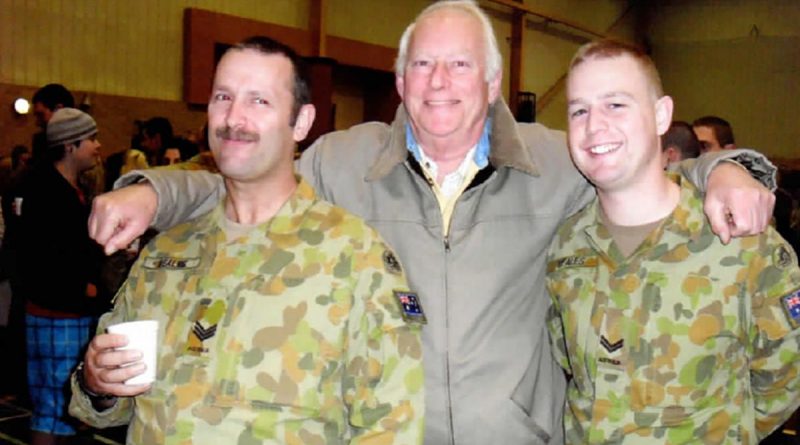 Three generations of men from the same family have served with Victoria’s 4th Brigade, and this Father’s Day, the brigade celebrated the Beales family, along with all the other fathers in the Australian Army.

Retired Warrant Officer Class 2 Allan Beales forged a path for both his son and his grandson thanks to his long service with both the 4th Brigade and the wider Army.

After nearly 20 years, Mr Beales served his final years in the Army with the 8th/7th Battalion, Royal Victoria Regiment, where both his son, Sergeant Trevor Beales, and grandson, Sergeant Wayne Beales, are currently serving.

Trevor, who joined in 1982 with the hope of staying in just long enough to buy his first car, has since served on many exercises and deployments, and has now been serving alongside Wayne since 2002.

Being multi-generational, Trevor explained it was easy to understand what was going on, and they have the ability to “talk shop”, be it on an exercise, courses or overseas.

“Serving with my father, and years later with my son in the same unit, and at times the same sub-unit, has been a proud time for me,” Trevor said.

“I have learnt a lot from my father about commitment, loyalty and service of country, town, and family.

“He has always been there whenever he was needed, and his sense of humour has carried throughout all three generations.”

Wayne and Trevor have served overseas on two deployments with Army to the Solomon Islands in 2009 and 2010, and even met during a handover of force rotations in Timor Leste in 2012.

With so many Beales in the unit, it would be understandable for people to get them mixed up, especially when the story of the signature moustache is factored in.

“It caused chaos between our mates as they were constantly confusing us,” Wayne said.

With a laundry list of accomplishments longer than most, the three generations of Beales can also claim a total of more than 70 years in the public service between them; currently, both Trevor and Wayne have established careers in the area of corrections in Victoria.

Wayne said it had been an honour to serve alongside his father for so many years.

“It’s something to look back and feel proud about,” he said.

“While it may seem unusual, it feels normal to me for us both to have the same occupation for both our Army and civilian careers.

“I do recognise, however, that it’s something rather special.”

Although Trevor said they don’t always get to celebrate on days like Father’s Day, particularly since the COVID-19 pandemic, the Beales family celebrate their accomplishments and relationships throughout the year, as it’s important to celebrate the milestones.

For Wayne, the family service reflects how people are shaped by those around you and who are involved in your life.

“Dad has been very supportive and involved in my life, so without these influences I wouldn’t be the person I am today,” Wayne said.

“The best thing about him is that, even in the worst of situations, you feel you have his support and together we can overcome any obstacles, with the least amount of resistance.

“All of that is why it is really worth celebrating my father.” 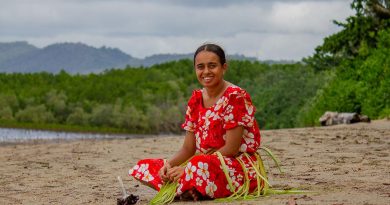 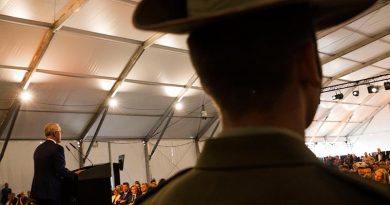