Rhondda Vanzella and Glenn Keys have joined the Council of the Australian War Memorial, filling the vacant positions previously held by Gwen Cherne and Margaret Jackson.

“She has dedicated her career to mentoring and working with communities at a local, rural regional and national level on a range of issues and successful community projects, including walking the Kokoda Track to assist with building and opening of memorials; helping lead the re-enactment of the Kangaroo March from Wagga Wagga to Sydney in 2015; and co-founding the Ozy Youth Choir Honouring Defence Service (Ozy), which brings civilians, veterans and current-serving Defence families together in regional and rural areas across Australia through the arts.

“Bringing music and history together, Ozy inspires and develops young leaders with a focus on commemoration, education and welfare.

“Rhondda is a member of a number of boards including the National Council for Woman and Families United by Defence Service; the Ex-Service Organisations Round Table; the Remembrance Driveway Committee and an Affiliate Member of the Bundanoon RSL sub-branch.

“She also served as a committee member on the Centenary of ANZAC Advisory Council.

“As both a war widow and woman united by defence service, Rhondda is passionate about finding and creating ways to bring organisations together to collaborate to better honour and support women, veterans and their families and believes that The Australian War Memorial plays a vital role in this as Australia’s national place to honour, learn and heal for all generations.”

Mr Chester said Glenn Keys is the founder, executive chairman and director of Aspen Medical, one of the world’s leading providers of outsourced healthcare solutions.

“As a philanthropist and advocate of business having a social purpose, Glenn is passionate about improving the lives of people with disability, through a range of roles across the healthcare, disability, not-for-profit, and business sectors,” Mr Chester said.

“He has a passion for supporting the ex-service community and was part of the team instrumental in bringing the Invictus Games to Australia.

“He became Director of the Australian Invictus Games in 2018 and is a board member of Veteran Sport Australia.

“Before building and leading businesses in the private sector, Mr Keys had a distinguished career in the Australian Defence Force spanning 15 years.

“He also studied aeronautical engineering with MoD in the United Kingdom and was the first Army flight-test engineer at the RAAF Aircraft Research and Development Unit.

“He was chief engineer, Army Aircraft Logistics Management Squadron, from 1992 to 1993.”

Mr Chester thanked Gwen Cherne and Margaret Jackson for their enthusiasm and dedication to preserving and sharing Australia’s military history, and said he looked forward to working with Rhondda, Glenn and the rest of the AWM Council.

More information about the Australian War Memorial and the Council can be found here. 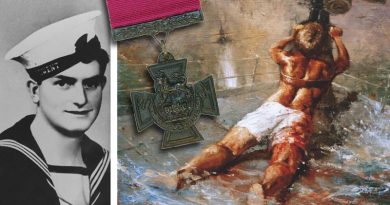