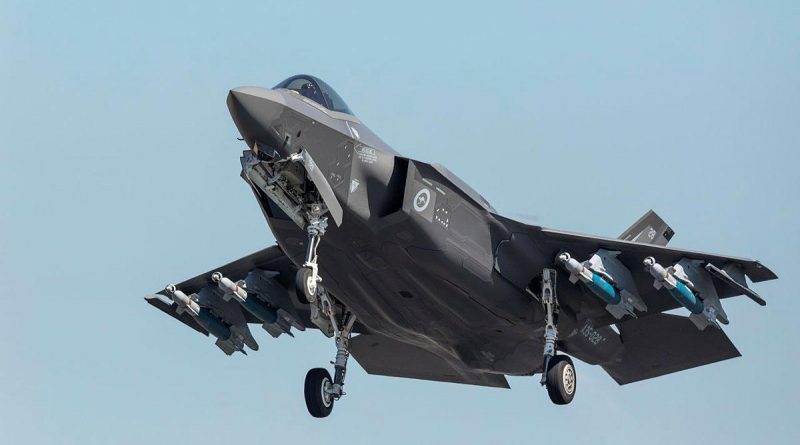 For the first time, [*Royal Australian] Air Force F-35A Lightning II aircraft have taken to the skies with a full complement of weapons.

CAPTION: An F-35A Lightning II takes off with its payload of GBU-12 bombs from RAAF Base Darwin during Exercise Arnhem Thunder 21. Story by Flight Lieutenant Robert Cochran. Photo by Leading Aircraftman Stewart Gould.

The two fully laden F-35As last month took off from RAAF Base Darwin as part of Exercise Arnhem Thunder 21.

Commanding Officer No. 35 Squadron Wing Commander Matthew Harper said the F-35A was the only Western fighter jet that could carry both internal and external ordnance.

“This mode would most likely be used in less contested environments where rapid employment of ordnance is prioritised over maximising the F-35A’s stealth capabilities.”

In addition to their internal payload, the pair departed with inert GBU-12 bombs attached to their under-wing pylons.

“The GBU-12 is a laser-guided munition that can be employed against a variety of different target types in combat,” Wing Commander Harper said.

As part of the training scenario, the aircraft dropped their bombs on ground-based targets at the Delamere Air Weapons Range, located about 120km south of Katherine.

The F-35As are expected to drop more than 50 inert GBU-12 bombs during the exercise.

Ten F-35As from RAAF Base Williamtown have deployed to RAAF Base Darwin to take part in the exercise. 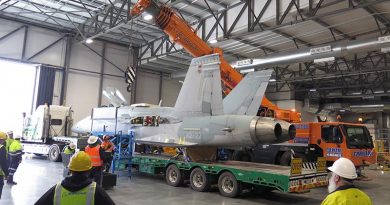 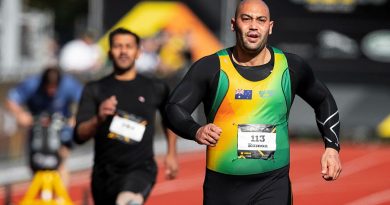