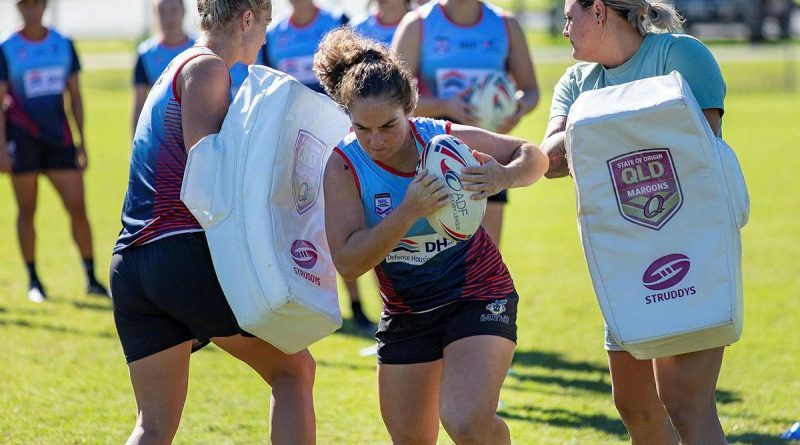 The Australian Defence Force Rugby League (ADFRL) women’s side went into the 2021 Harvey Norman National Championships at Redcliffe as an ‘unknown’, according to coach Sergeant Cory Lahz.

“No one really knows what skill level we’re at – but they’re scared of our name,” he said.

“We’re really going to knuckle down and show them it’s a privilege to play us.”

Held over four days, from 19 to 23 May, the round-robin-style competition returned after a year off.

The tri-service team was in camp at Enoggera Barracks the week before the championships and despite the team not playing together before, Sergeant Lahz said their training progressed well.

“One of the main ingredients to be successful in this tournament is to have a tight-knit group and the team is gelling together really well,” he said.

The championships are a pathway to the National Rugby League Women’s (NRLW) competition.

The team conducted NRLW testing on the first day of camp, running a 30-15 intermittent fitness test to assess anaerobic capacity.

“The standard to go for is 17 because that’s the benchmark for top-tier women’s rugby league athletes in Australia. One of our girls, Leading Seaman Shannon Evans got 19.”

Scouts and officials also had a keen eye on players for NRLW selection.

“It puts a bit of pressure on,” she said.

“I think all the girls are really excited to showcase themselves and ADF to show that strengths can come from Defence as well.”

Private Julia Robinson is one example of a NRLW success story.

The truck driver from 7 Combat Support Services Battalion represented ADFRL at the 2018 national championships, her performance earning selection with the Brisbane Broncos NRLW team. Earlier this year, she was selected in the 2021 Australian Jillaroos training squad.

The ADF’s first game was against Victoria, which they won 12-4 before being beaten the next day by First Nations Gems 4-0.

On day 3 the ADF girls beat Northern Territory 24-0, which was enough to get them into a playoff semi-final in the comp against the team they beat on day 1 – Victoria – beating them again, 12-0.

The final was won by Western Australia on debut in the competition, beating First Nations Gems 10-6 with a final try scored in extra time. 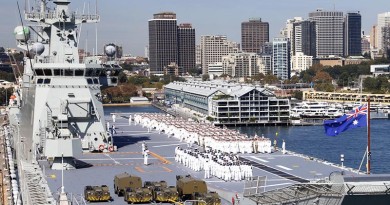 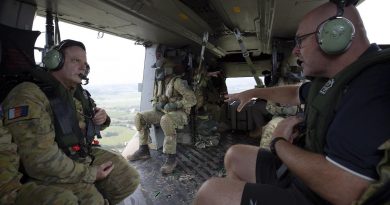