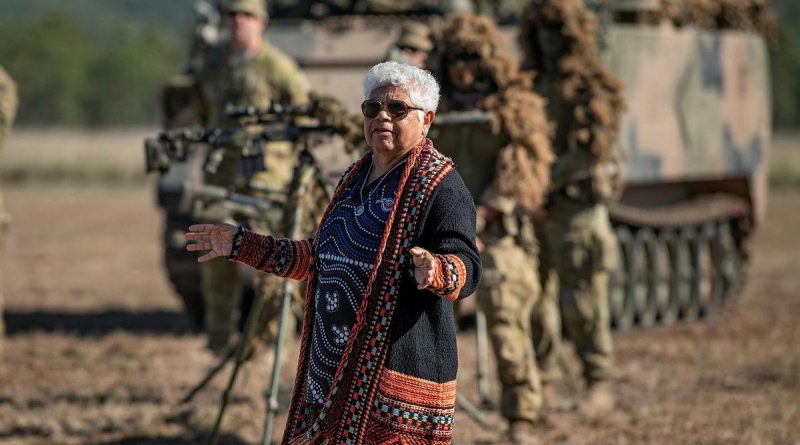 Before Army personnel stepped off to begin Exercise Diamond Walk in the Shoalwater Bay Training Area, they were reminded that Indigenous people have been walking the area for thousands of years.

About 20 members of the local Darumbal people, the traditional custodians of the land, were invited onto the training area on May 17 to meet with members of the 6th Battalion, Royal Australian Regiment (6RAR), and conduct a Welcome to Country before the start of the exercise.

“Defence has been using this training range since 1965; however, we acknowledge that the Darumbul people have been the traditional custodians for thousands of years,” Lieutenant Colonel Grant said.

Local Indigenous Elder Aunty Nicky Hatfield during the Welcome to Country spoke about the significance of being invited to the Shoalwater Bay Training Area, while Uncle Bill Mann conducted a smoking ceremony.

Rockhampton Mayor Tony Williams said he was glad to witness the burgeoning relationship between the 7th Combat Brigade and local Elders.

“It is a fantastic opportunity to be welcomed here to go through the smoking ceremony with the Darumbal people and the Welcome to Country,” Mayor Williams said.

“That’s something there that is really a benefit to our region, and seeing these partnerships and relationships being built is something that may not have happened a few years back; however, it’s great to see that partnership being developed now.”

The Darumbal people had the opportunity to see a display of 6RAR’s equipment, including armoured personnel carriers and sniper rifles.

When the Welcome to Country ended, 6RAR and hundreds of other soldiers from the 7th Brigade stepped off to conduct four weeks of field training.

Commanding Officer 6RAR Lieutenant Colonel Richard Niessl said individual units from the brigade would train with other supporting elements during the exercise.

“This exercise is the next level in the progression where we’ll be working with our artillery, our tanks, our engineers to integrate all of those specialised roles so we can work in a combined arms manner,” Lieutenant Colonel Niessl said.

“It’s really important that we invest the time into doing this, because it does take a substantial period of time to develop those skills, particularly when you’re trying to integrate all of those specialist roles together.” 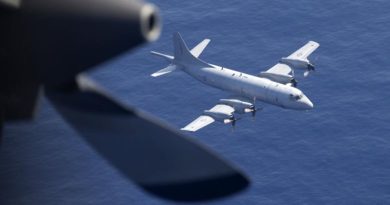