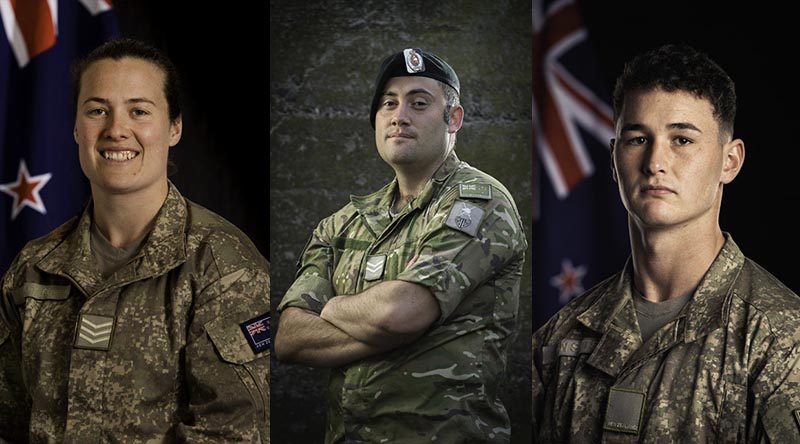 Three New Zealand Army personnel have been recognised for their courageous actions in a rocket attack on the Taji Military Camp in Iraq in March last year.

Corporal Munns, originally from Kaitaia, was a section commander within the Quick Reaction Force of the Task Group in Iraq from November 2019 to March 2020, and was part of the team responsible for maintaining the security of the camp.

On the night of 11 March, there was an indirect fire attack on the camp that saw at least 29 rockets explode within a one-kilometre square, resulting in mass casualties, large fires and unexploded ordnance littering the camp. Corporal Munns said his training kicked in immediately.

“I was climbing into bed when it happened about 7.30pm, because I had to be up at midnight for a patrol. At first you don’t think it’s real because you do so much training but within seconds you realise what is happening.”

He ran to a bunker and ensured his section was all there. Venturing out into the camp they found casualties almost immediately, although no New Zealanders were killed or injured.

“We found three wounded soldiers, two in a rather bad way and the third had taken a lot of shrapnel and was in a lot of shock. We treated all three and had to begin CPR on one but eventually it was no use as his injuries were too much.”

Three people – two Americans and a British medic – died in the attack, and 17 were injured. Corporal Munns, who has also deployed to Solomon Islands and Timor Leste, says he wanted to “do my very best” for the injured soldiers.

He and his section spent the rest of the night clearing areas where power lines were sparking, buildings on fire, dealing with vehicles leaking petrol, and marking spots where unexploded ordnance had fallen.

In the same attack, Corporal Healey-Render (deployed as an Acting Sergeant), a medic who is from Auckland, was one of the first responders to reach many critically injured casualties, and quickly assumed control of the medical situation.

“We heard the rockets just after we had finished a step class in the gym.

“I found my evacuation team and we drove down the road where we soon found our first casualty.

“This is when I realised the true nature of the situation.

“There were multiple traumatic injuries including shrapnel wounds.

“I’ll admit it was scary – you never think there will be a day when you are literally running for your life.”

The citation for her Commendation says that there is no doubt that her actions saved the lives of the critically injured casualties.

“Her medical skills and decision-making demonstrated an exceptional level of professionalism during a complex and challenging situation,” the citation says.

Private Van Sitter, who is from Rotorua, responded to one of the main incident sites, where he noticed an extremely distressed Coalition soldier attempting to deliver CPR to a critically injured colleague.

Private Van Sitter quickly took over the CPR duties and spent the next six minutes fighting to resuscitate the injured person.

“When medical staff confirmed that the individual had died, he re-focused his efforts on ensuring that the deceased serviceperson was afforded privacy and as much dignity in death as the situation would allow, covering the body and ensuring that onlookers were kept away,” his Commendation citation says.

“In his actions after the rocket attack Private Van Sitter showed maturity and composure beyond his years, and demonstrated an exceptional level of professional skill as he carried out his duties in a traumatic situation.”

Private Van Sitter said the experience was “quite intense”.

“It was far from what I’d ever expect to deal with but I’m just glad that we all were able to do what was needed under the circumstances,” he said. 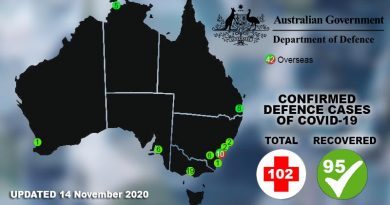