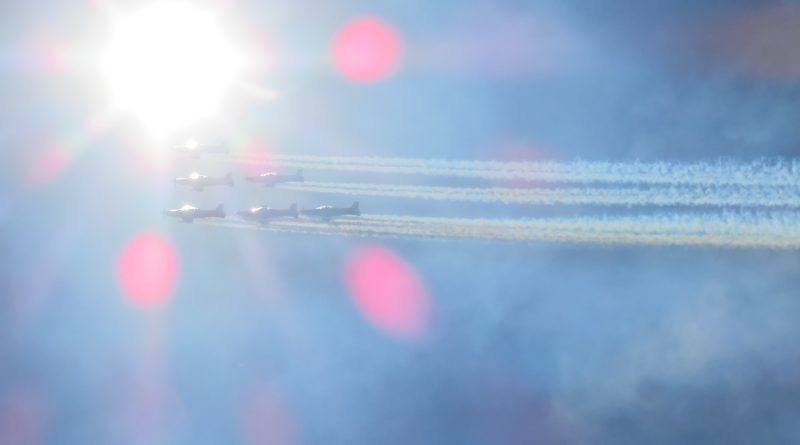 Organising and then running an airshow is a daunting and frustrating task and if the stars align and the wind blows at your back will bring great reward by producing a viewing spectacular.

CAPTION: The RAAF Roulettes fly under the sun. Photo by Mike Hughes.

The airshow over Canberra for the RAAF 100th birthday celebrations was definitely a viewing spectacular. 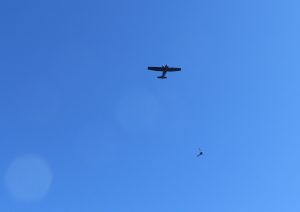 CAPTION: A Catalina and a UH-1H Iroquois fly together.  Photo by Janet Hughes.

As wave after wave of different aircraft flew overhead the comments I heard in the crowd of spectators I was with was one of amazement and storytelling. 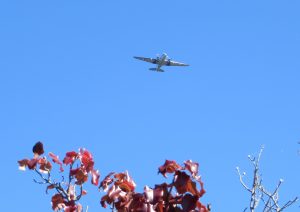 CAPTION: A Dakota, as operated by the RAAF from 1941.  Photo by Janet Hughes.

Parents and Grandparents were pointing to the sky and explaining to mostly excited young folk what was to see and even what it meant. 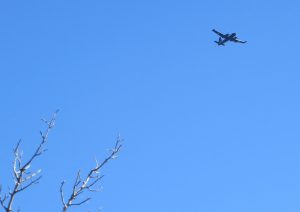 There was that child that announced halfway through that “it was time to go home now”, clearly not an enthusiast. 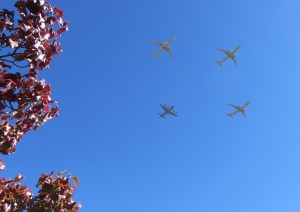 Then the parent of a small child telling him that the planes flying overhead were “really old, with propellors from when Grandma was a little girl” as four PC-21’s zoomed past. 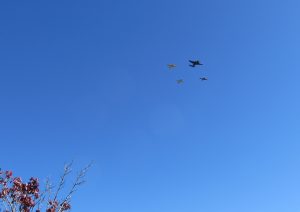 Working out the timings of the 27 aircraft types each with its own operating parameters and requirements no doubt was a nightmare. 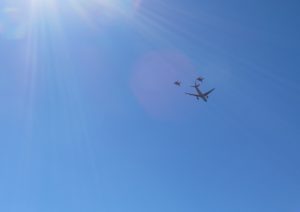 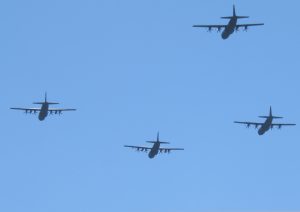 For the show timings to work each group of aircraft had to fly over the official viewing area with precise timings to make sure the fast aircraft didn’t outrun the slower aircraft. 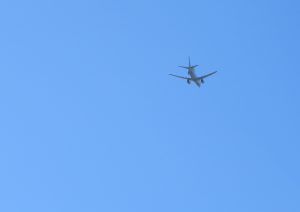 The aircraft groups usually form up at some distance from the venue and have to time their approach to be in the right bit of sky at the right time and height doing the right speed. 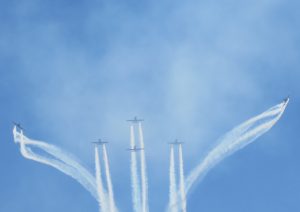 Weather, aircraft unserviceability, and other considerations can throw one aircraft or group of aircraft out of time and the whole thing becomes a shuffle game. 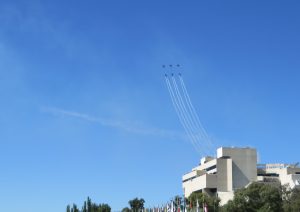 CAPTION: The Roulettes formation seems to rising up from the High Court Canberra.  Photo by Janet Hughes.

Enthusiasts on the ground with the published program notice every discrepancy.

This game of checkers has a major consideration, safety of the pilots, crew and the public.

The show carries on.

I have just enough experience with people who have run airshows to know that the all involved in RAAF Centenary flypast will have required a long rest when it was all over.

I say well done to the organisers, the pilots, the maintenance folk, the marshals at the airport(s) and the people running the day in the air and on the ground; I and those around me enjoyed every memorable minute – thank you. 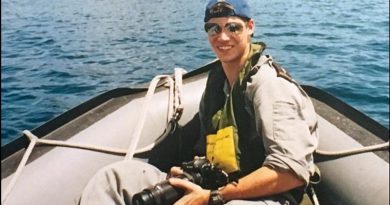 You will no longer wear that uniform!