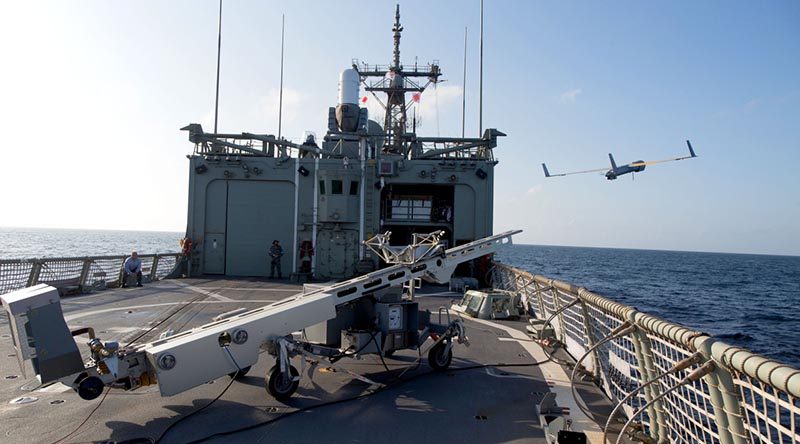 FILE PHOTO (2017): A ScanEagle UAV is launched from HMAS Newcastle, on patrol in the Middle East. Photo by Able Seaman Nicolas Gonzalez.

Acting Minister for Defence Marise Payne today announced that BAE Systems, Insitu, Northrop Grumman, Raytheon and Textron had been shortlisted for Block One of SEA129 Phase 5.

“Block One of the program is the first phase of a 30-year continuous development program, with five-year rolling block upgrades, which will incorporate new technology.”

Minister for Defence Industry Melissa Price said that by incorporating new technology through block upgrades every five years, the program would support the development of an Australian unmanned aircraft systems industry, and provide the Royal Australian Navy with a leading-edge maritime surveillance capability.

“This process will allow Australian businesses to be directly involved in providing greater situational awareness for the Fleet, in particular the new Arafura-class offshore patrol vessels,” Minister Price said. 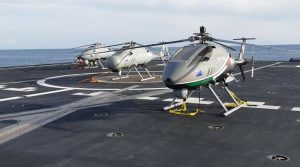 The Northrop Grumman and Leonardo team entry will be based on the AWHero platform carrying a wide and easily reconfigurable range of payloads including Leonardo’s maritime radar for ISR&T area coverage. Image supplied. 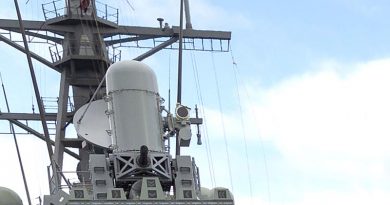 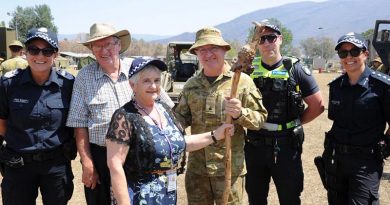