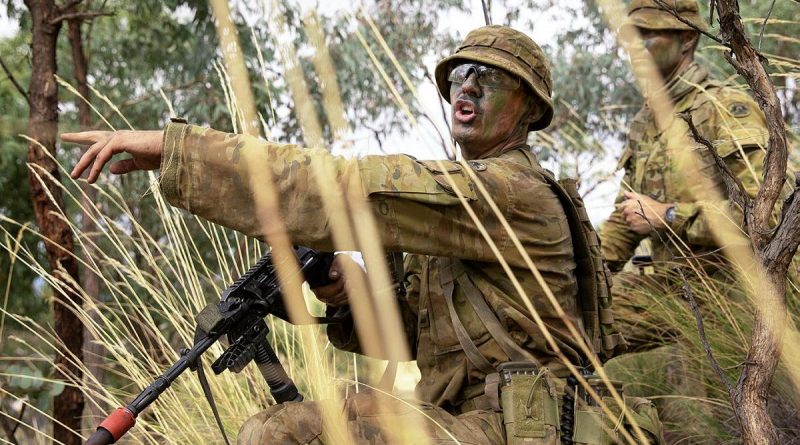 Leading his section on a clearing patrol of Artillery Hill, Officer Cadet Lachlan Goodall went to ground as the sound of enemy fire rang out through the Majura Training Area at Canberra on February 1.

Contacted halfway up the feature, the section shook out to an extended line and started returning fire.

“I knew I had half a brick (section) that wasn’t going to be on the hill, and that I would have to communicate my intent to them, up to 60m away,” Officer Cadet Goodall said.

“I just kept the people in the middle informed so they could echo everything to the others.”

In his third and final year of study, Officer Cadet Goodall has one more training exercise this year.

Officer Cadet Anthony Basaglia said after a rainy week in the field for the exercise, the section’s morale was mostly intact.

“We’re getting better over time, especially with marking our arcs, being attentive to what’s going on and working on our communication,” he said.

“Everyone is showing enthusiasm and putting in to get the task done well.

With tasks ranging from setting up observation posts and ambushes to carrying out deliberate attacks and clearing patrols, trainees take turns to lead and plan for their section.

“There are some elements similar to the Subject 1 Corporal course, but their development and execution of their plans is expected to be of a much higher level earlier in their careers than the average soldier,” he said.

Corporal Baldwin said training officer cadets gave him the opportunity to impart traits of all the best leaders he’d worked with throughout his career.

After graduating from ADFA and successfully completing their single-service training, Army officer cadets continue their training at RMC-D. 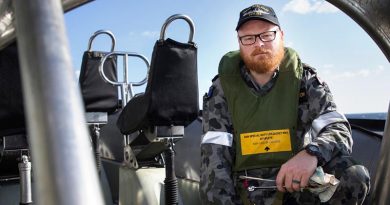 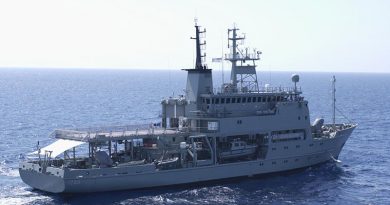