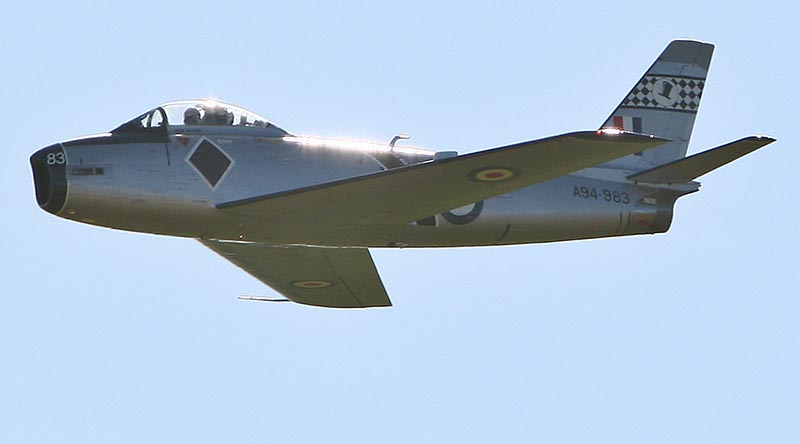 Ahead of centenary commemorations of the Royal Australian Air Force, No. 100 Squadron will be re-formed as the Air Force Heritage Squadron, operating from two locations – RAAF Base Point Cook and Temora.

FILE PHOTO (5 September 2009): A94-983 Sabre in RAAF’s 75 Squadron markings on its first flight after restoration, at Temora Aviation Museum. Photo by Brian Hartigan.

Minister for Defence Personnel Darren Chester said 100 Squadron had a proud history and after a 75-year absence it was fitting that RAAF reactivated it in the same year as it commemorates its first 100 years.

“The squadron conducted several successful missions throughout the war, taking part in the famous Battle of the Bismarck Sea in March 1943, and eventually disbanding in New Guinea on 19 August 1946.

“The heritage fleet of 100 Squadron will continue to recognise the service of previous generations and inspire the next generation of pilots.”

No. 100 Squadron will fly a number of aircraft from the current heritage fleet from Point Cook, Victoria, and Temora, New South Wales.

“Temora has an extensive aviation history dating back to the Second World War, where pilots trained at RAAF’s No. 10 Elementary Flying Training School,” Mr McCormack said.

“The training school closed after the Second World War on 12 March 1946, but since then Temora has maintained a strong aviation focus, which will now include being part of the rejuvenated No. 100 Squadron.

“Temora Historic Flight will build on to the Riverina’s lengthy contribution to the RAAF, which includes RAAF Base Wagga and the former 5 Service Flying Training School at Uranquinty.

“The Temora Aviation Museum, of course, has played a special role in preserving RAAF history since 2000 by flying and displaying some iconic warplanes, such as the Spitfire.” 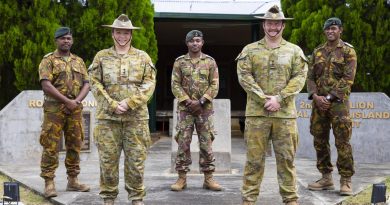 One thought on “RAAF 100 Squadron re-formed”