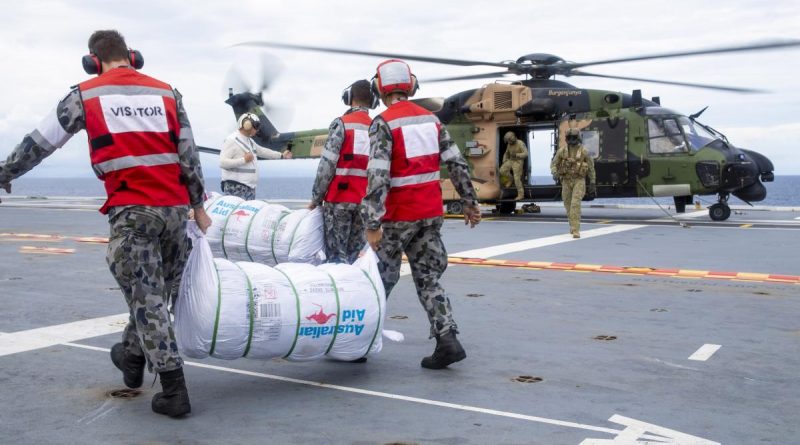 HMAS Adelaide’s embarked MRH-90 Taipan helicopters played a vital role in delivering much-needed supplies to Fijian communities that had been cut off by the damage caused by Tropical Cyclone Yasa.

The crews flew more than 166 hours, delivering 71,475kg of aid through 62 vertical replenishments, as well as troops, to communities across Vanua Levu and outlying islands during Operation Fiji Assist 20-21.

A pilot from Army’s 5th Aviation Regiment, Captain Matthew Dwyer, said supplying essential equipment and stores for the rebuilding of a school was a particular focus.

“We were providing for people by speeding up the delivery of aid relief and building supplies,” Captain Dwyer said.

“With the MRH-90s, we could reach more areas more quickly, particularly those that were hard to reach by other means.”

CAPTION: An Army MRH-90 Taipan helicopter dropped off supplies so a school on the Fijian island of Galoa destroyed by Tropical Cyclone Yasa could be rebuilt. Photo by Corporal Dustin Anderson.

“In this environment, we had an Air Force officer working on a Navy ship and controlling Navy and Army helicopters in the delivery of international aid,” Squadron Leader Slater said.

“The main highlight was seeing the effect that Adelaide had on the local community by being there in their time of need after the devastating effects of Tropical Cyclone Yasa.”

CAPTION: An Army MRH-90 Taipan helicopter delivered tools to the Fijian village of Navakasiga so buildings damaged by Tropical Cyclone Yasa could be repaired. Photo by Corporal Dustin Anderson. 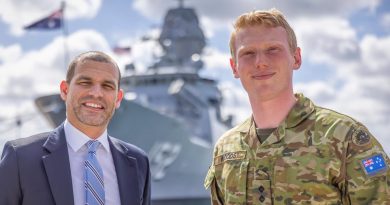