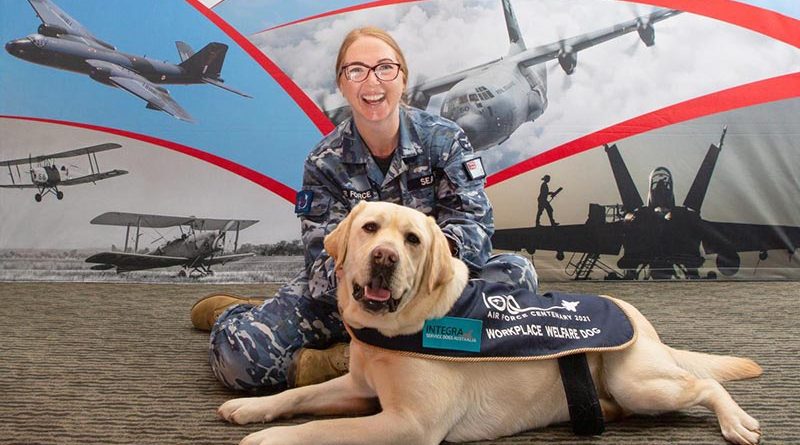 The labradors are typically 18-24 months of age and are socialised and trained to work in office settings and urban environments.

The dogs stay with their partnered chaplain, travelling with them to base each day.

CEO and co-founder of Integra Service Dogs Australia, Ben Johnson, said dogs had a natural tendency to improve morale and part of their training was to learn how to greet members of [Royal Australian] Air Force when a chaplain meets personnel.

“These wonderful dogs are trained to assist the chaplain in their conversations and daily support for members of [Royal Australian] Air Force,” Mr Johnson said

“These dogs often serve as an invaluable ice-breaker to a conversation with [Royal Australian] Air Force members and also provide adjunct clinical support, in some settings, to help a member relax or manage highly stressful discussions or situations.”

There is an intensive training program to get the dogs conditioned for their role, as well as ensuring they are matched well with their chaplain.

“The initial intensive socialisation training is for five days, followed by periodic training over the following months,” Mr Johnson said.

“There is also training for the chaplains so they can learn how to understand the dog’s body language and behaviour, and how to maximise the effectiveness of work and rest periods for the dog.

“It’s vital to ensure the handler [chaplain] understands how to safely operate and manage the dog in transporting it between home, places of work and points of operation around a base.

“They learn the skills to manage the dog to go to a place, to train the dog to lie at someone’s feet and also to be patted to provide support.”

Planning is underway for the commemoration of the Royal Australian Air Force’s formation in March 1921 and further information is available at www.airforce.gov.au/100.

EDITOR’S NOTE: Just observing the five references to ‘Air Force’ in the first two paragraphs, from a total of 12 throughout – and only one reference to the Royal Australian Air Force – of 1921! Though we also note the King George V didn’t approved the prefix “Royal” until June 1921, with an effective date of 31 August 1921. 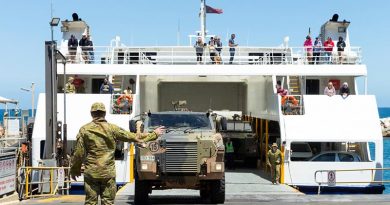