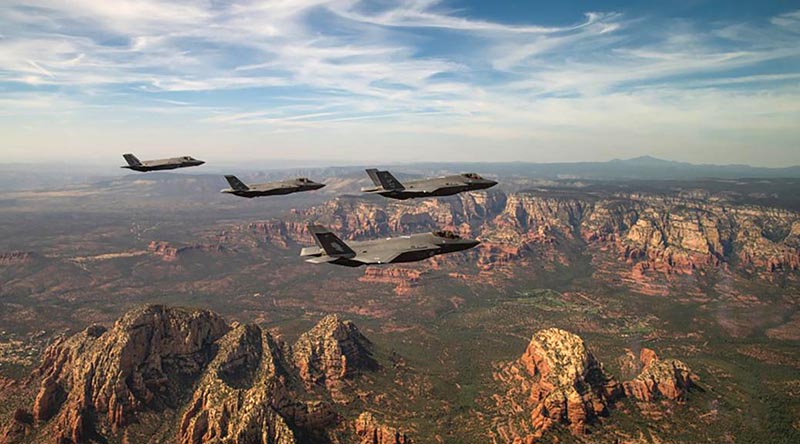 RAAF F-35A pilots were farewelled at an event on October 30 at Luke Air Force Base, Arizona, hosted by the United States Air Force’s 56th Fighter Wing and 61st Fighter Squadron.

Flight Lieutenant Anthony transitioned from the F/A-18A Hornet, where his time included an Operation Okra deployment and working as a qualified flying instructor at No. 2 Operational Conversion Unit.

He said the experience in the US had been rewarding.

“Americans have an amazing country and are a wonderfully welcoming people,” Flight Lieutenant Anthony said.

“I enjoyed exploring the US to a limited extent in 2019, but what I really enjoyed was the people.

“Americans have a winning tradition and celebrate success.

“I was previously an F/A-18A/B instructor and, after arriving at Luke in December 2018 with three other instructors, we completed transition course and the instructor upgrade program – so that I was essentially doing the same job I was at 2OCU, just on a new jet and in a combined USAF/RAAF squadron.

“I’ve been a flight commander for the squadron alongside a USAF colleague, where I’ve primarily been responsible for progression of RAAF pilots transitioning from the F/A-18A/B.”

Since 2015, 37 Royal Australian Air Force F-35A Lightning II pilots have completed their operational conversion course to the F-35 with the 56th Fighter Wing at Luke Air Force Base, including 21 instructors.

Flight Lieutenant Anthony said his time spent with the United States Air Force gave him a solid foundation to return to an instructing role at RAAF Base Williamtown.

“It was great to leverage off the USAF’s decade of fifth-generation fighter experience, including their extensive experience in the suppression of enemy air defence role, as proficiency in these skills will be critical in conflict,” Flight Lieutenant Anthony said.

“I really enjoyed being able to take part in regular large-force employment activities, particularly with access to surface-to-air threats and dedicated adversary aircraft from the aggressor squadrons.

“I will also be glad to get home – I can’t wait to spend some quality time with my family.”

The F-35A pilot training program with the United States Air Force has provided both nations the opportunity to integrate and work together, as well as deepen relationships and strengthen engagement. 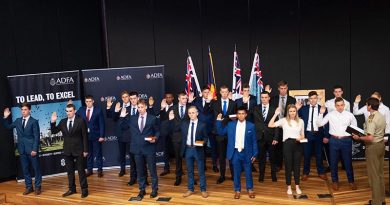 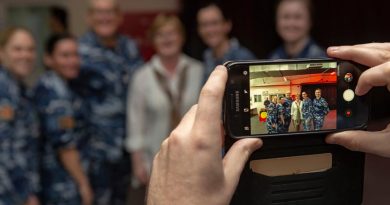