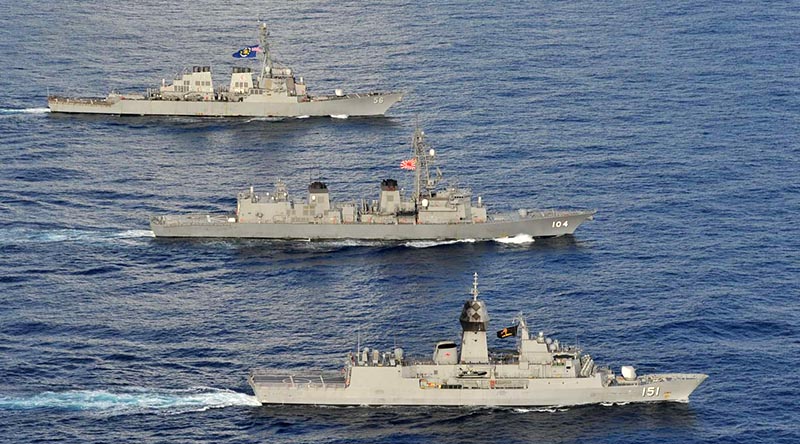 These exercises marked the fifth time in 2020 that Australia, Japan, and the U.S. have conducted operations together in the 7th Fleet area of operations.

Throughout the naval exercises, participants trained together and conducted trilateral operations designed to increase the allies’ collective ability to maintain maritime security and readiness to respond to any regional contingency.

“This activity is a valuable and important opportunity for all three nations,” Commander Duggan said.

“Operating with our partners is essential for building and maintaining high levels of interoperability, and contributes to our shared commitment to the security, stability and prosperity of the Indo-Pacific region.”

Operations together included surface, subsurface, and air defense exercises, and a variety of other training events to strengthen regional maritime security operations.

Captain Yokota Kazushi, commander escort division eight, said Japan was grateful to have the opportunity of the trilateral exercise with the United States Navy and the Royal Australian Navy.

“Especially about HMAS Arunta, I feel the connection, because I had the chance to conduct the exercise with her when I coincidentally was the commanding officer of JS Kirisame in 2014,” Captain Kazushi said.

“For the regional peace and stability, we are making efforts to maintain and develop a free and open Indo-Pacific, and the iron bond with our partners is its foundation.”

Commanding officer USS John S. McCain Commander Ryan T. Easterday said operating with our close allies in this way in the South China Sea, we promote transparency, the rule of law, freedom of navigation and overflight – all principles that underpin security and prosperity for the Indo-Pacific, so that all nations in the region may benefit.

John S. McCain’s participation in this trilateral exercise comes on the heels of Ronald Reagan Carrier Strike Group’s return to the South China Sea, during which USS Ronald Reagan, USS Antietam, USS Halsey, and McCain conducted maritime security operations in support of free and open access to the international commons.

Previous exercises this year involving the US, Japan and Australia in the US 7th Fleet area of operations, include exercise Sea Dragon in February, a trilateral exercise with the Reagan Carrier Strike Group in late July, a multinational group sail with USS Barry in early September, which also included the Republic of Korea Navy, and Exercise Pacific Vanguard in mid-September. 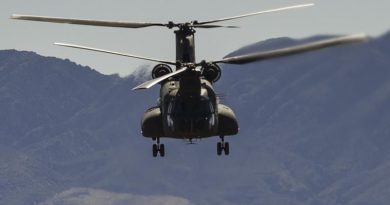