In July 2019 the independent Defence Honours and Awards Appeals Tribunal unanimously recommended to the federal government the award of Australia’s highest military honour to Tasmanian Teddy Sheean – the Victoria Cross, also known as the VC.

This was the very first time in its history that the tribunal has recommended the award of a VC.

But on 13 May 2020 the federal government decided not to accept the recommendation.

This is a travesty. Teddy Sheean is a hero and the government should accept the recommendation of its own panel of experts.

Sheean was just 18 years old when he left his home in north-west Tasmania to join the Navy and fight in World War II.

He died defending HMAS Armidale from Japanese warplanes off the coast of what is now known as East Timor, only one year after he enlisted.

With the ship going down, the wounded young sailor strapped himself to an anti-aircraft cannon and fired at the attacking planes.

He is credited with helping save 49 of his ship’s crew before he went down with the ship.

The Defence Honours and Awards Appeals Tribunal was established to independently consider honours and awards outside of the Australian Defence Force.

Its members include lawyers, historians and veterans.

It is unacceptable and un-Australian that the government would ignore its own panel of experts and deny a young hero the recognition he deserves. 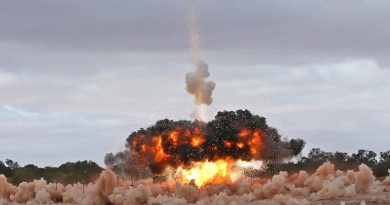