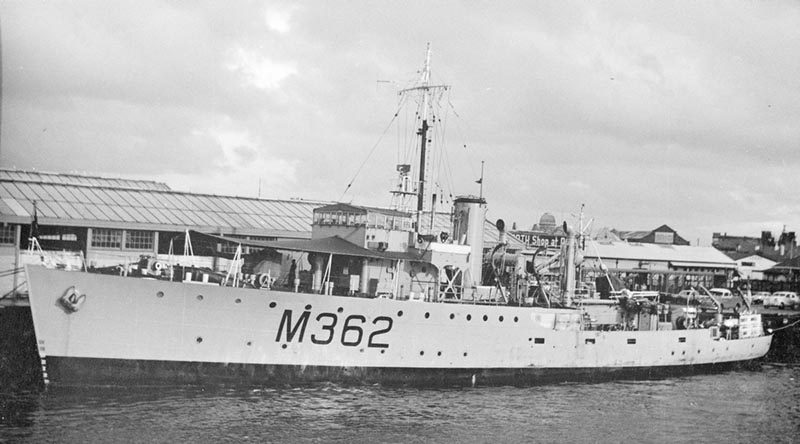 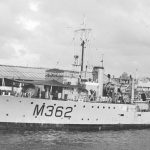 Congratulations on such a successful website Brian.
I’m only an old RAN Nasho but I find it so interesting. I am now a retired Senior member of the Australian Computer Society and would have loved to have some experience of the modern technological RAN. A bit different to the old rusty WW2 ships we trained on.

The following article should illustrate what I mean.

National Service in the Fifties

In 1956 I turned 18 and, in accordance with the law at the time, I became due for “Nashos”.
Despite the fact that I had spent 4 years in the Air Training Corps, I elected to join the Senior Service.

The RAN gave preference to those wishing to join the Navy who had family connections to the Service. My father had been a career RN man who had joined as a boy before the war and worked his way up the lower deck to Master at Arms during the war on an aircraft carrier of several thousand men. Therefore, I qualified. His story is infinitely more interesting, but needs telling separately.

I didn’t see much of Dad during the war but after it I certainly grew up in a Navy family. I could tie a pretty quick bowline before I even joined the Scouts.

Anyway, in January 1957 I was called up and reported to naval base HMAS Leeuwin near Fremantle. Even on shore we had no luxury of bunks but learnt to swing and lash our hammocks.
Our intake consisted of 75 young blokes who were introduced to the principle of “the right way”, “the wrong way” and the “Navy way”. We undertook the usual basic training of square bashing, seamanship and gunnery, before we were split up to do our sea time, with some boarding HMAS Fremantle and my group joining HMAS Junee. These were rather worn out ocean going minesweepers or corvettes.

As well as we Nashos, they carried the normal peacetime crew so conditions were crowded to say the least. Even with a watch on duty there was insufficient space to sling our hammocks, so some slept on deck. I found a spot right in the bows next to the paint locker – not an ideal place in rough weather, of which we saw plenty.

I must admit to getting seasick but managed to keep my watch duties. I take comfort in the fact that Nelson was reported to suffer that way. Actually the rough weather was infinitely better than a sickening swell.

I mentioned that the ships were somewhat past their prime and this was demonstrated when one of our party managed to go through the deck when we were undertaking the intellectual task of chipping rust. I suspect that he may have been a bit over zealous.

The Junee had 2 Bofors guns, one for’ard and one aft. During our gunnery practice, we managed train the for’ard one round towards the bridge much to our Captain’s consternation (can’t understand why). I guess some requisite stop must have rusted away.
In due course, we managed to jam both guns and nobody aboard was able to fix them. Luckily we didn’t meet any enemies.

The purpose of our luxury ocean voyage was to escort a refrigeration lighter to Manus Island, now in the news quite a bit. During the trip we visited Onslow, Darwin, Port Moresby, Manus, Madang and Samarai.

While we off Cape York with no land in sight, it was decided that we nashos should learn to sail the whaler. The weather was rather foul and you could see the brass debating whether they should risk it. In the end they decided to send 5 nashos (including yours truly) and 2 POs.
Well it all went well at first and we sailed downwind at great knots. In no time at all the tiny Junee looked smaller still and the ship was blinking in Morse like mad. Nobody knew what they were signalling but one of the POs waved his cap.
Things weren’t quite so great now, because try as we did, we could not tack the whaler back to the ship against wind and tide.

Next we hauled down the sails and prepared to pull back. Guess what, we were missing a rowlock. We tried a piece of rope in lieu but that didn’t work. Eventually the ship weighed anchor and came down wind of us and we climbed back aboard wet, humiliated and somewhat relieved. Surprisingly no further nashos were sent out. I imagine the Captain thought he might be in trouble if he drowned any of us. Talk about “Dad’s Army”.

We went almost through a cyclone, saw a water spout and had to rig safety lines. During rough weather, the screw would come partly out of the water and I thought the ship would disintegrate. I was on duty on the helm one day when depth charges were released over the stern. My compass repeater collapsed and I would swear that every rivet must have come loose.

During the cruise, something happened to our water condenser and we were put on strict water rations despite being in the tropics. In addition, our refrigeration went on the blink and we had to transfer supplies at sea to the lighter we were accompanying.

While on our homeward voyage, we were given the task of painting ship. Some of our lads helped themselves to some bright pink paint and painted the heads a ducky shade of pink.
By the way, I didn’t mention that the heads had no doors. No lady sailors aboard of course.

When we arrived back at Fremantle, the Junee had steamed 52541 miles on war service and a further 64508 miles as a training ship, making a total of 117,049 miles. Sadly there were to be no more as the old lady was sold for scrap and the hull sunk off Rottenest Island in 1968.

We nashos were originally on the Reserve for 5 years and had to maintain all our gear. In fact we were discharged officially on 30 June 1960.
I still have my kitbag, pusser’s knife and housewife. Speaking of that, I was talking to a young AB at HMAS Stirling Naval Base a few days ago and mentioned I still had my housewife. He looked a little blank until I explained and said “Oh you mean the sewing kit”. Oh well, I believe they don’t even have a Number One now but an Exec or some such.

I would not like to give the impression that I am not glad I spent some time in the Navy. On the contrary, I am so pleased that I did and I think that all young men could benefit from some similar training. If the balloon had gone up, as it seems it nearly did, there would have been no culture shock even if I couldn’t hit anything with a Bofors.

Incidentally, when I received my National Service Anniversary medal, it was addressed to AB Austin. I am rather proud of my meteoric promotion from Ordinary Seaman Gunner to Able Seaman in a mere half century. Is it a record?

EDITOR’S NOTE: Thanks for a very nice sail down memory lane, Mel.
If anyone else wants to share similar memories, please use the “Write to Us” button in the main menu or click here.