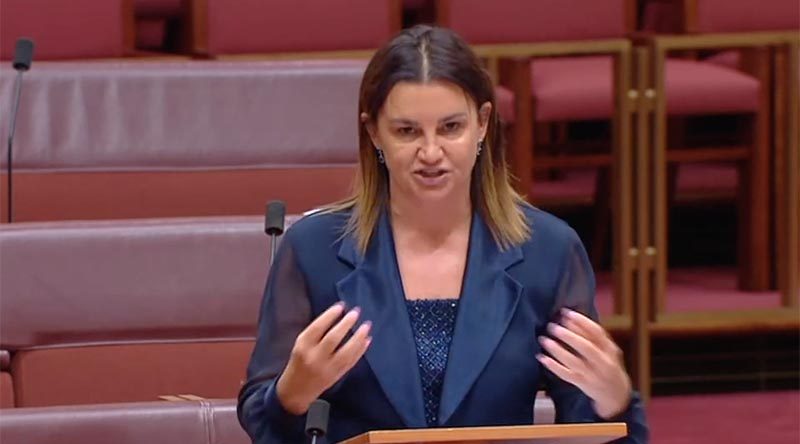 In a fiery speech to an almost-empty Senate Chamber last night, Tasmanian Senator Jacqui Lambie named and attacked a senior DVA executive whom she said had verbally threatened a psychiatrist because he was was marking veteran diagnoses too high in favour of the veteran.

This has been a long time coming for the Veterans’ Affairs, I’ll be honest with you. And this is only going to be the start of it tonight. I started up here naming and shaming, and I’m going to start from the very top tonight. And it’s not going to finish tonight; it’s going to be ongoing until we get that royal commission. So let’s play!

The Principal Medical Adviser (Compensation) at the Department of Veterans’ Affairs has personally called a psychiatrist to threaten his business unless he cuts what he recommends DVA pay wounded veterans in compensation. This doesn’t happen in a vacuum. Five and a half thousand ADF members transition out of the ADF each year. Half of all transitioned ADF members have experienced a mental health condition in the last 12 months, 20 per cent of transitioned ADF members have considered suicide in the last year, eight per cent have made a suicide plan in the last year, two per cent have attempted suicide in the last year and about one a week will ultimately take their life. And those are DVA’s statistics. I’d go more 2½ to three.

In the middle of all that suffering, I have heard from that practising psychiatrist, 35 years in the job, that the DVA has pressured him to underestimate the mental health needs of his veteran clients in his report to the departments. These reports are an important part of the veterans’ compensation claims. A veteran with a needs assessment that is marked high will receive more financial support from the DVA than a veteran with lower scores. If a vet doesn’t reach a certain needs threshold, they might not get paid at all. This matters in determining not just the financial compensation and support a veteran is entitled to receive but also the support their children receive.

This is the story Dr John Gavilan told me. Dr John Gavilan is a psychiatrist. He received a phone call from Mr Fletcher Davies on Wednesday 5 February at 4 pm. Mr Davies wanted to know why Dr Gavilan had been marking reports highly. Mr Davies questioned why veterans who had been referred to Dr Gavilan for psychiatric assessment were being given higher grades of need than other psychiatrists were grading it. Dr Gavilan told Mr Davies that he stands by the accuracy and truthfulness of all his reporting and that every veteran he had interviewed had been in an especially emotional state. Dr Gavilan said veterans presenting him were suffering from extreme anxiety and depression, and some were clearly suicidal. Mr Davies told Dr Gavilan that if he continued to mark up his clients highly, DVA would refer the veterans’ reports to another psychiatrist—nothing new there. I’ll say it again: Mr Davies told Dr Gavilan to compromise his professional judgement as to the needs of vulnerable veterans. He threatened Dr Gavilan financially, using the buying power of the Department of Veterans’ Affairs.

Fletcher Davies is the principal medical adviser for compensation, all of three months in the job, at the Department of Veterans’ Affairs. The principal medical adviser for compensation for the DVA called a psychiatrist and threatened him financially because he was supporting claims that DVA didn’t want to pay out. Dr Gavilan said to Mr Davies: ‘Are you going to be the one who approaches the families of these veterans who are committing suicide and tell them that you are responsible for their suffering?’ Fletcher Davies, the principal medical adviser for the Department of Veterans’ Affairs, said to Dr Gavilan: ‘We are not responsible for all of them.’ Guess what, mate? Here’s a wake-up call for you, Fletcher. I don’t know what department you’re working for or what planet you’re on, mate. You are responsible for every single one of them—every single one of them!

DVA is supposed to be there to support our veterans. It’s not there to strongarm psychiatrists and other doctors into doing a cheaper deal for our veterans. Senior officials in DVA are not supposed to be bullying psychiatrists into lowering compensation payments for suicidal veterans. And it is bullying; there’s no doubt about it. It’s threatening and it’s financial intimidation. I’ll tell you what, Fletcher: if you wanted financial intimidation and bullying, you just took on the wrong girlfriend, mate. You took on the wrong girl.

The standard process is that a GP refers the veteran to a psychiatrist; the psychiatrist does an initial report and sends a letter to the GP and their advocate, giving an overview; the advocate then sends a claim to the DVA; and the DVA then sends a report back to the doctor for assessment of liability and claim. To be told that you are not going to be sent claims from the DVA is disastrous. That would mean that a veteran’s treating psychiatrist, who has been referred to by a GP, who has an existing relationship with that veteran, isn’t able to accept that veteran’s claim, let alone write a report for it. The vet needs to go and tell their story to the new psychiatrist, picked—get this—by the Department of Veterans’ Affairs. They are told that they will show up. If you don’t show up then, no doubt, they’ll stop your payments because you didn’t comply with an order.

That’s how it works in the Department of Veterans’ Affairs. The vet needs to rehash everything. They have been through it over and over and over again. They are sick of telling their stories because you want to rotate them from one psychiatrist to another until you get the percentage that you want so you don’t have to pay them out as much. This is just a shocker at its best. For a person who has experienced trauma, that is deliberately cruel, insensitive and bloody heartless. You are deliberately inflicting harm on a veteran. Eighty to 90 per cent of the patients that Dr Gavilan sees on a weekly basis are veterans. To no longer be able to see them represents a huge financial impact.

Medical advisers like the one who called Dr Gavilan provide advice to delegates about how much compensation a vet should receive. They’re essentially desk jockeys—and that’s all you are, Fletcher, a desk jockey. They might be doctors, but there’s almost no information about whether they’re qualified to make determinations, let alone whether, Fletcher, you can determine what a psychiatrist should be making. I’ll tell you that now: it’s not your department. The decision-making is inherently compromised. They are working for the same department that will have to pay the veterans’ claim. They are supposed to be providing an objective assessment about how much compensation a veteran needs, yet the decisions they make can be incredibly consequential. They can overrule the findings of treating medical professionals. Isn’t that disgusting? They get to determine how much veterans receive and whether or not they will get paid in lump sums or instalments, or at all.

Somehow the DVA thinks that a person sitting at a desk, looking through medical papers, can make a better assessment of someone’s needs than their own bloody doctor. They’re saying that a person at a desk is better qualified than a doctor who knows the veteran and has been treating them year in, year out. Now we find out that those medical advisers, sitting at the desks, those medical desk-jockeys, are trying to keep costs down for the department. This is a brand new level for you guys. People who have served this country are killing themselves while the department shifts paper around, and they know it. They know it. They are cutting costs, and it is costing us lives. It’s costing families. It’s costing people who gave everything they had, everything they could, for this bloody country. These bureaucrats might be removed from the effects of the decision-making, but the impact is very real, I can assure you.

They are pushing vulnerable veterans to the edge. It isn’t just the trauma and horrors of combat that leads these veterans to take their own lives. It’s having to cope with all the trauma while they’re forced to fight tooth and nail against a department that, let’s be honest, doesn’t give a crap about them. We ask them to fight for us, and then they come back broken. They’re broken in service. They ask for help, and we go, ‘Bugger you, whatever costs us less.’ Don’t take it from me; take it from the families who have lost their loved ones. Jesse Bird’s mum and dad, writing to an inquiry into veteran suicide in 2017, said:

He has been endeavouring to seek assistance from DVA for the last eighteen months without success – it seems to him and us that the level of bureaucracy is intentionally obstructionist and unedifying. The jungle of paperwork, the lack of follow-up and the non-existent support has contributed to his deteriorating mental health—

just one of thousands—

Jesse has not received any money what-so-ever from DVA or Centre-link to help him survive and without our financial and emotional help he would be on the street or worse.

Not long after they made that submission their son Jesse took his own life, alone in his own room. Guess what was next to him? His uniform, his service medals and his paperwork, the letter from the Department of Veterans’ Affairs rejecting his claim for assistance. He wanted that to be found. The letters rejected Jesse’s claim for assistance because the Department of Veterans’ Affairs accepted conditions—PTSD, major depressive illness and alcohol abuse—were not deemed permanent and stable at the time. He had $5.20 in his bank account.

Now we find out that the department believes that it is not responsible for veterans’ suicides, not responsible at all. Are you responsible for anything? I don’t think so. Do you know what? I get really, really angry about this stuff. I called them out, but stories like this really, really break my heart—absolutely. Here’s a thought. It’s not the psychiatrists who are treating these veterans who are the problem; it’s the Department of Veterans’ Affairs. You are killing them. In the inquest into Jesse Bird’s death, Julie-Ann Finney said the DVA claimed ‘an independent review into suicide was not necessary’. In 2019 the review found that the way DVA handles the claims of veterans is potentially harmful to clients’ mental health. I have just one question for those DVA bureaucrats sitting up there pushing their goddamn paper, making decisions about our lives, making huge decisions about people’s lives. How do you sleep at night? You deal with this in the morning. You deal with it. 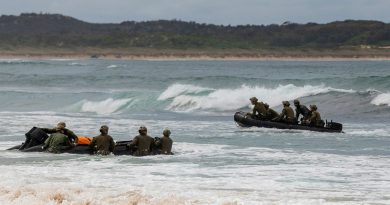