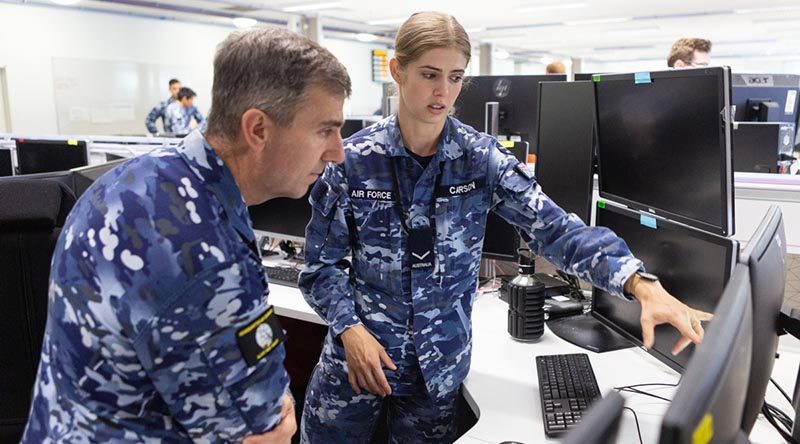 Real-time mapping from the Air Warfare Centre has provided crucial information for the emergency services engaged in bushfire fighting across Australia.

DGS-AUS was only formed as a unit in January 2020 as part of the Information Warfare Directorate under the Air Warfare Centre at RAAF Base Edinburgh.

Mission Operations Commander Flying Officer Christopher Watson, on his first operation with DGS-AUS, led a multi-specialist team of analysts looking at images and data from a variety of resources, such as the RAAF P-8A Poseidon and Army rotary-wing elements.

“With those images, we were able to make products showing useful information covering the hottest areas of a fire, obstructions on the roads, and overall maps of fire fronts throughout the affected areas and states,” Flying Officer Watson said.

“Supporting firefighting is not a typical role for DGS-AUS, so my team and I had to quickly learn what information was important and relevant for the firefighters, and to provide that information in a time-sensitive manner.”

Identifying and reporting fires not known by authorities ensured that fire was reacted to quickly.

This vital information had a direct and meaningful impact on the ground with a significant effect for communities at risk from the bushfires.

OIC DGS-AUS Squadron Leader Stuart Williams said he was proud of his team for their important role in supporting emergency services across the country.

“Since we received the call in early January, the team hit the ground running and have been working shifts to deliver a vast range of products,” Squadron Leader Williams said.

The DGS-AUS mission teams conducted operations every day with the crisis becoming the unit’s highest priority.

“It has been very rewarding to see the team adapt so quickly from their primary role to provide support to the fire-affected communities in multiple States,” Squadron Leader Williams said.

DGS-AUS was officially formed as a unit in January 2020 as part of the Information Warfare Directorate under the Air Warfare Centre at RAAF Base Edinburgh.

The team conducts intelligence, surveillance and reconnaissance processing, exploitation and dissemination for RAAF and joint operations.

“I have had the opportunity to work with members of other units and provided products that were directly used by the emergency services fighting the fires,” Leading Aircraftman Burraston said.

“It was different to anything I have done before and it was a steep learning curve, but also a rewarding experience to be doing something different.

“Knowing that what we are doing here at DGS-AUS is getting to the front line and in some way helped those in need is extremely humbling.” 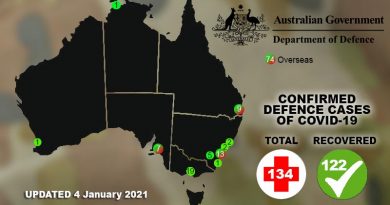