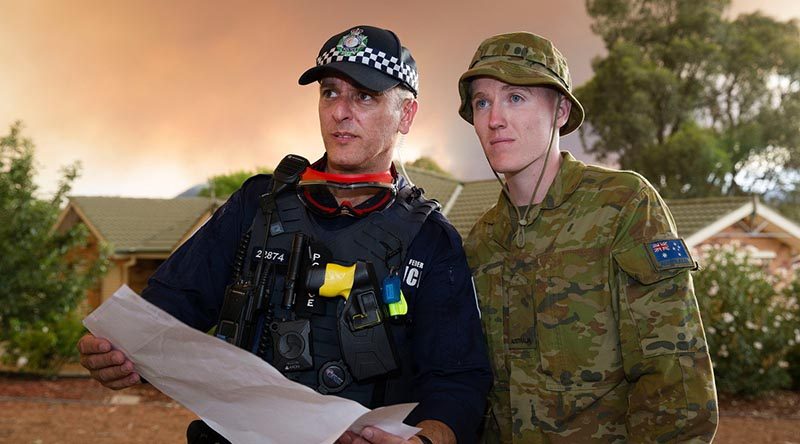 As a raging inferno threatened Canberra suburbs for the first time in 17 years, soldiers teamed up with ACT police going door-to-door to keep residents informed of the situation and give advice.

They spoke to people at their doors, in their cars and on the streets of Canberra’s most southern suburbs on Tuesday night, when the fire was listed at ‘Emergency Warning’ level.

One soldier on the streets of Canberra was Private Lleyton Jones,  7th Battalion, Royal Australian Regiment.

“Residents were a bit surprised a soldier was knocking on the door, but they were happy to see us giving advice and letting them know about the fires,” he said.

“Most people said they were here for the 2003 fires and were pretty prepared with hoses on their roofs and gardens cleared.

“Some people had already got their stuff out and were moving closer in to the centre of Canberra.”

Private Jones took some public-interaction tips from the police before he got started.

“The police were pretty helpful.

“We began by watching them do it for the first couple of times then we’d split up,” he said.

“The residents were all pretty thankful for us getting out there and helping the community.”

Fire is spotting ahead of the north eastern edge of the main fire front.

While flames may be visible from southern Canberra suburbs, there is currently no threat to homes.

People in Banks, Gordon, Conder, Calwell and Theodore should continue to monitor conditions and stay up to date.

The Bureau of Meteorology has predicted increasingly challenging fire weather for the coming weekend, driven by extremely high temperatures and low humidity.

ACT Emergency Services Agency says the size of the fire was estimated at more than 18,50o hectares (9am 31 January).

Authorities say firefighters are monitoring the fire’s activity but that access to the fire front for direct firefighting operations is restricted due to inaccessible terrain.

The Orroral Valley Fire was accidentally started by an Army helicopter. 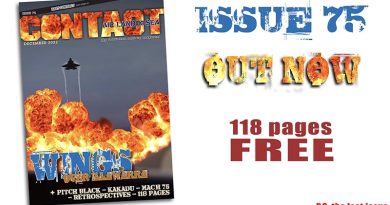 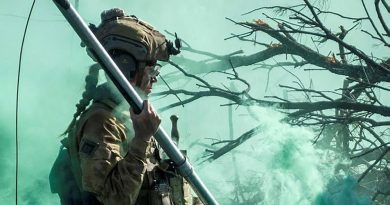 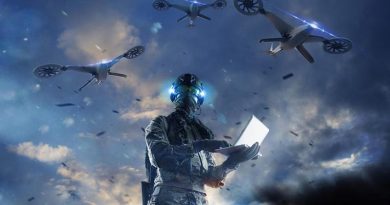