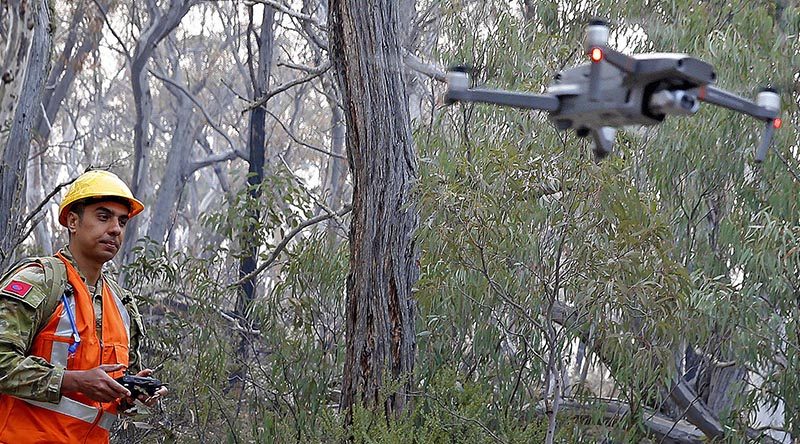 Artillerymen from the Army Reserve’s 9th Regiment proved they can turn their hand to almost anything when they were tasked with searching bushfire-damaged forests for koalas in need of help.

The detachment of gunners from Newcastle, Sydney and Canberra, equipped with the latest in thermal-imaging technology and drones, formed up in extended line on 29 January for a detailed search of rough country 20km to the east of Cooma in southern NSW.

In just a few hours they had located six koalas.

Threatened-species officer with the NSW Department of Planning, Industry and Environment Rod Pietsch said the Army assistance was important because the soldiers were trained and motivated to conduct a search in the way his department needed it done.

“They can maintain a line, they have discipline, as well as observation skills,” Mr Pietsch said.

“To find six koalas in the time they did was amazing.”

Mr Pietsch said the recovery of the animals extended to more than rescue on an individual level.

“We need to understand how the koalas survived the fire,” he said

“It also teaches us about how to assess if they may need further attention.”

Bombardier Johnson said the koala mission was a logical task for his unit to be offered.

“We’re doing this task because we’ve got thermal-imaging equipment and drones, and it’s also good training for us,” he said.

“It’s also good being out on the ground doing what we can for the community.

“And, to find two koalas in the first go felt pretty good.

“I walked past under the tree, but then looked back, and there they were.”

Lance Bombardier Daniel Stoian is a mortar line section commander, a drone operator and, out of uniform, a patents examiner with the Patents Office in Canberra.

“I was able to see the koalas using the drone’s normal visual camera and also its infra-red camera,” he said.

“I  was even able to record one koala moving his head to look at the drone.

“As a soldier you have to be versatile, so it was good to be able to help the wildlife people find these koalas.” 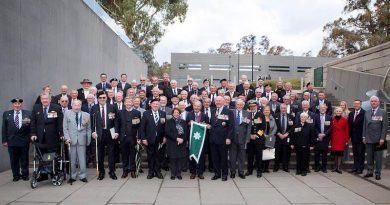 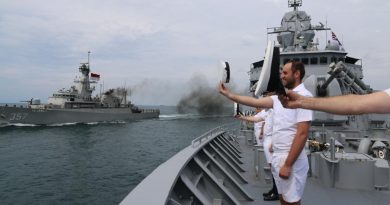