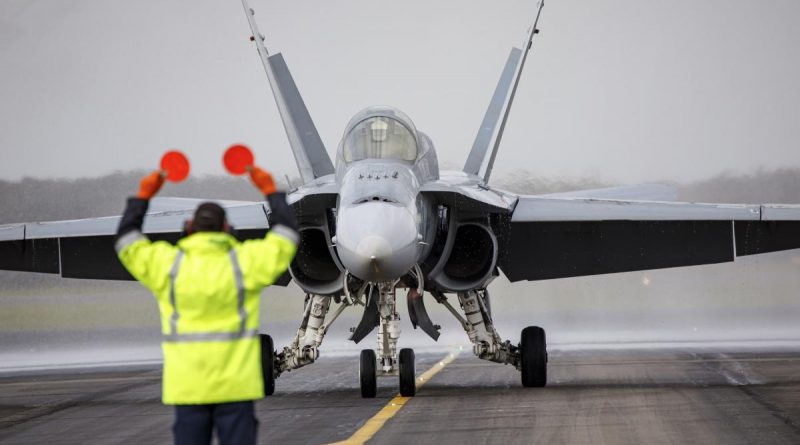 Approximately 300kms south of Darwin near the township of Katherine is RAAF Base Tindal, a remote air base. The base is home to No. 17 Squadron who have been instrumental throughout the  F/A-18 Hornet operations in the region.

The retirement of the Classic Hornet will be felt by many members who have supported flying operations over the years. Over its lifetime, this aircraft has left its mark on all that have supported it.

One of those units supporting flying operations is No. 2 Expeditionary Health Squadron Tindal detachment. The detachment provides a dynamic and agile health effect, including aviation medicine support to enable Hornet operations in Tindal.

Nursing Officer and Officer in Charge at No. 2 Expeditionary Health Squadron Tindal detachment, Flight Lieutenant Maryke Tomlison reflected on her fondest memory of the Hornet and the impact this aircraft has had on the local community.

“Most recently, a NAIDOC event was held in Katherine,” Flight Lieutenant Tomlison said.

“The march primarily consisted of civilian members from all walks of life and was supported by RAAF Base Tindal – a Hornet did a flypast and I will never forget the reaction from the crowd.

“Besides the thrill from the aircraft itself, it was a very proud moment as a serving member and knowing that as an aviator, I provided some form of contribution to the flying capability.”

In his role at the Tindal Fire Section, Sergeant Peter Noyce provides aircraft rescue and firefighting services. He reflected on his time supporting the Hornet whilst posted to RAAF Base Tindal.

“I have worked with the Hornet since posting to Tindal in 2000,” Sergeant Noyce said.

”I have contributed to the flight safety role by maintaining aircraft rescue and firefighting capability to 75 Squadron flying operations.”

Corporal Wayne Holroyd helps to keep operations running smoothly and efficiently in his movements role through the provision of aircraft refuelling services. He has spent many hours refuelling the Hornets on exercises and operations both at home and abroad.

“The Hornet was the first aircraft I refuelled when I joined the Air Force,” Corporal Holroyd said.

“I have fond memories of these aircraft whilst deployed, most notably whilst in the Middle East region, working alongside the United States Air Force, and supporting both countries and aircraft.”

As one era ends, another begins and No 17 Squadron will continue to remain at the ready in supporting air combat operations in the north with the introduction of the F-35A Lightning II at RAAF Base Tindal. 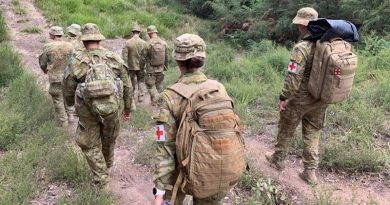 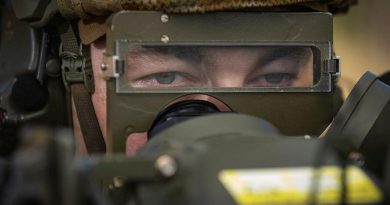 Striking in a new way