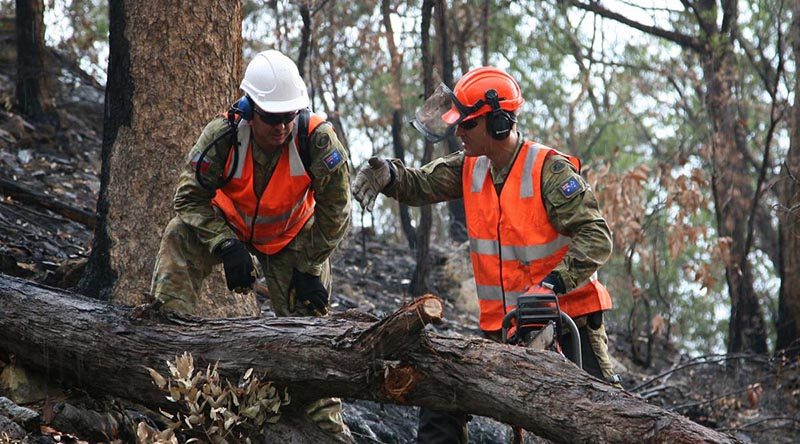 A composite troop of Army Reserve engineers is using bulldozers, chainsaws and plenty of muscle to help clear roads affected by bushfire in the Hunter Valley, NSW.

Based out of the Hunter Valley Fire Control Centre and under the direction of the multi-agency Incident Management Team, the 39 soldiers of Composite Engineer Troop 4 are making roads and tracks accessible to residents and emergency services alike through Yengo and Wollemi National Parks.

Out in the devastated fire-grounds the engineers are making fast progress, with grateful responses from residents.

For Corporal Nathan Lawley, an entry trail clearance of Commission Road in Wollemi National Park resulted in hearing about a narrow escape from an ex-soldier who stayed to defend his property.

“A man named Peter told us he had been trapped for about a week because of the damage to his access track,” Corporal Lawley said.

“He had already tried to clear his driveway but hadn’t been able to get too far .

“He was very happy to see us.

“He said when the fire came through, he could hear the roar of the fire through the valley.

“The wind dropped just as it got to his house, but if it hadn’t it would have roared through and he wouldn’t have survived.

“He said he would never hang around again – next time you will find him at the beach.”

Meanwhile, Deputy Incident Controller Phil Bryant, of the National Parks and Wildlife Service (NSW), said the area had been hit hard by the fires, with fires still burning south of Singleton.

“We’re tasking the Army to help clear public roads and access trails so people can get to their homes in the aftermath of the fire,” he said.

“Basically, they are creating safe passage for the people who use those trails.

“They are keen to work with us, and I’ve found we gel well, we brief well, and there’s good communication. Everything is running smoothly.” 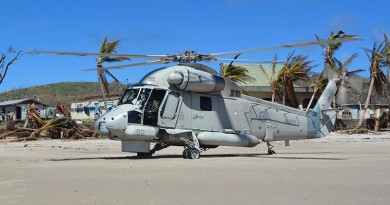