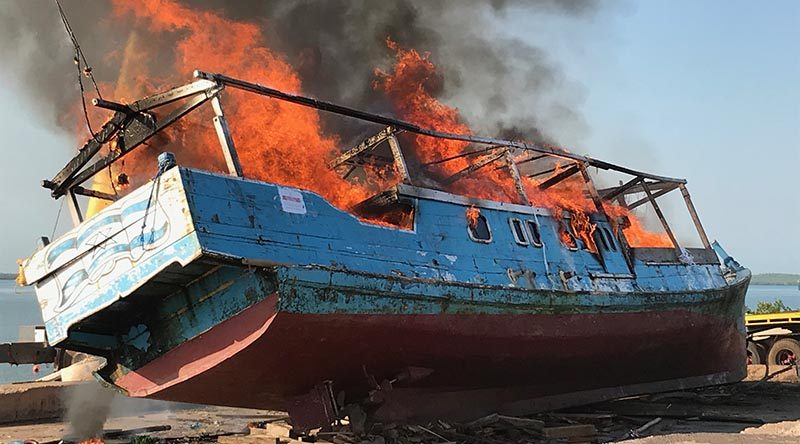 The master of an Indonesian fishing vessel has been fined AU$17,360 in the Darwin Local Court for offences under the Fisheries Management Act 1991.

The master’s vessel was apprehended northeast of Darwin, Northern Territory, on 3 November 2019 after being sighted illegally fishing in Australian waters.

An illegal catch of shark skins, fins and fresh flesh was found on-board in a subsequent search by ABF officers in a joint operation with the Australian Fisheries Management Authority (AFMA).

In addition to the fines, the master’s vessel was confiscated and destroyed by burning.

AFMA’s General Manager of Fisheries Operations Peter Venslovas said that while Australian authorities had worked hard to drastically reduce the level of illegal foreign fishing in Australian waters, some still choose to do the wrong thing.

“The number of illegal foreign fishing boats caught in Australian waters has gone from a surge in activity to what is now just a trickle,” Mr Venslovas said.

“Illegal foreign fishing boat numbers have plummeted from a record high of over 360 apprehensions in 2005-06, to just five in 2018-19, which is primarily due to joint efforts by Australian authorities.

“This has involved the apprehension and prosecution of offenders, the confiscation and destruction of vessels, the delivery of in-country education and capacity building programs and cooperation with regional partners to tackle illegal fishing collectively.” 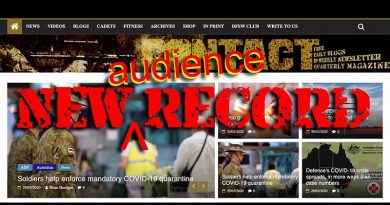