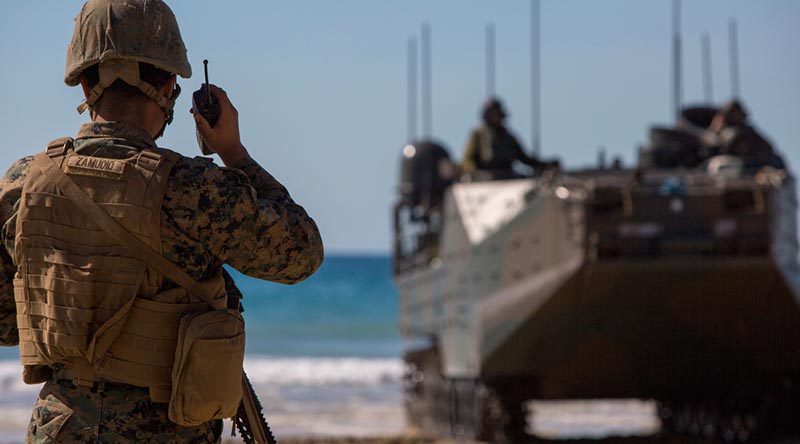 Marine Rotational Force-Darwin reached a major milestone this week with the arrival of additional US Marines in Darwin, bringing the total number to its full strength of 2500.

CAPTION: A US Marine speaks on a radio during the Combined Force Entry Operation during Exercise Talisman Sabre 19 during an amphibious landing at Stanage Bay, Queensland. US Marine Corps photo by Lance Corporal Kaleb Martin.

“The 2019 rotation represents the most capable and operationally focused deployment to date,” Minister Reynolds said.

“This milestone demonstrates the enduring nature of the Australia-US alliance and our deep engagement with the Indo-Pacific region.

“Marine Rotational Force-Darwin improves interoperability between Australian and US defence forces, and enhances our ability to work together with regional partners in the interests of stability and security in the Indo-Pacific.”

MRF-D is expected to complete this year’s rotation in Australia in October. 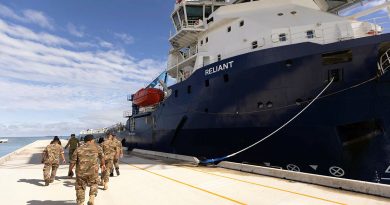 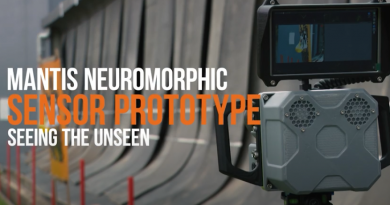